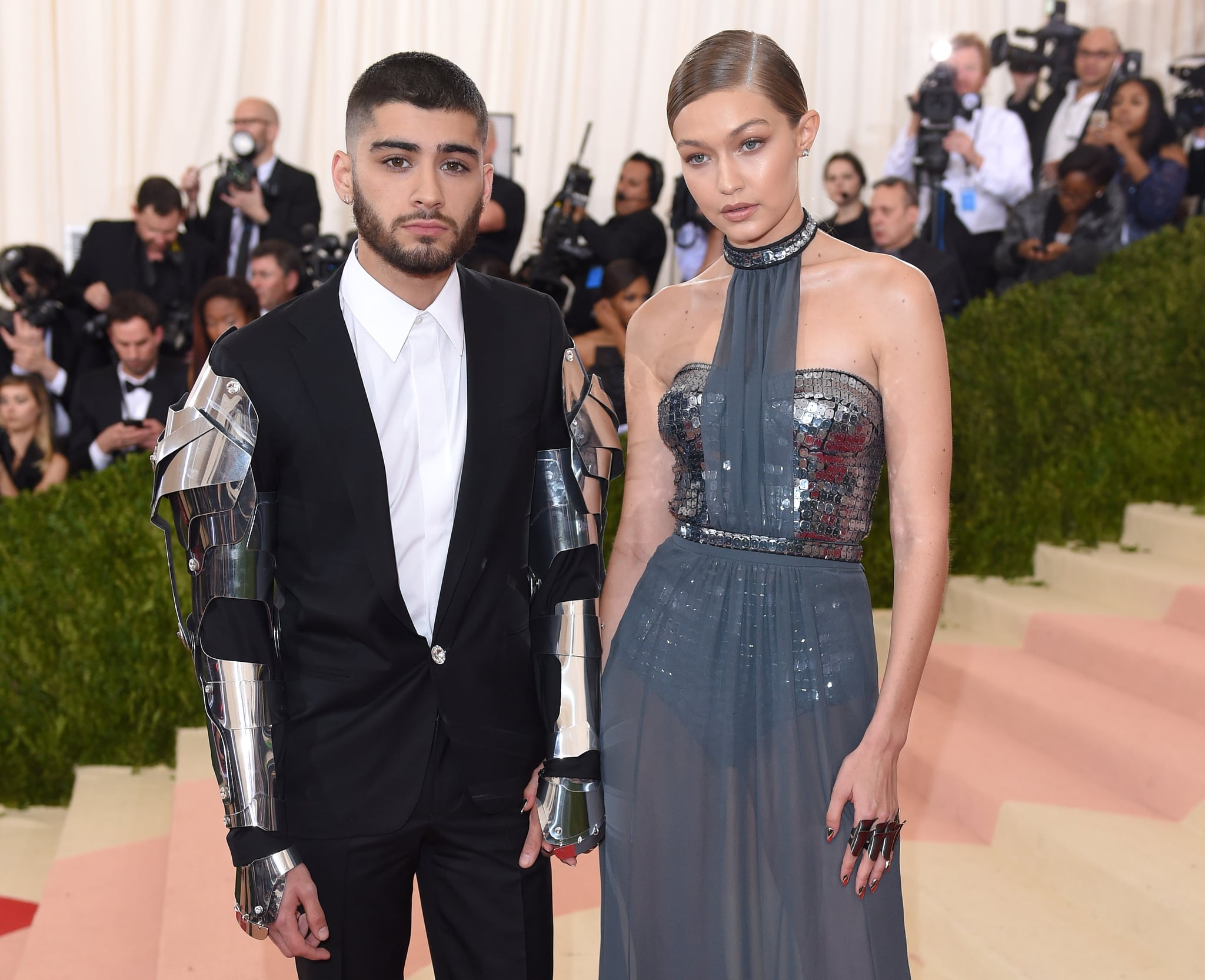 News broke in early June that Gigi Hadid and Zayn Malik called it quits after seven months of dating, but the couple may already be back together. Sources confirmed the split to E! Online on Thursday, saying that the model and former One Direction member hit a handful of rough patches, most recently around Gigi's 21st birthday in late April. "During her birthday they were fighting," the insider said, adding that the two have "broken up and gotten back together a few times." Another source said they "can likely get back together tomorrow," and it looks like that very well may have happened. While attending the Maybelline New York Beauty Bash in LA on Friday, Gigi gave a shout-out to the man in her life. When asked how she likes to spend her nights in, she told Elle magazine, "Cook. Paint. Play with my dog. Hang out with my boyfriend. Watch movies." Later that night, the supermodel danced and sang to Zayn's hit, "Pillowtalk."

Gigi and Zayn made their relationship official back in November 2015 and were featured in their own very lovey-dovey Vogue spread in April. They made their red carpet debut at the Met Gala in May, where they sported coordinating robot-inspired looks. Guess we'll just have to wait until they step out together again to know for sure!