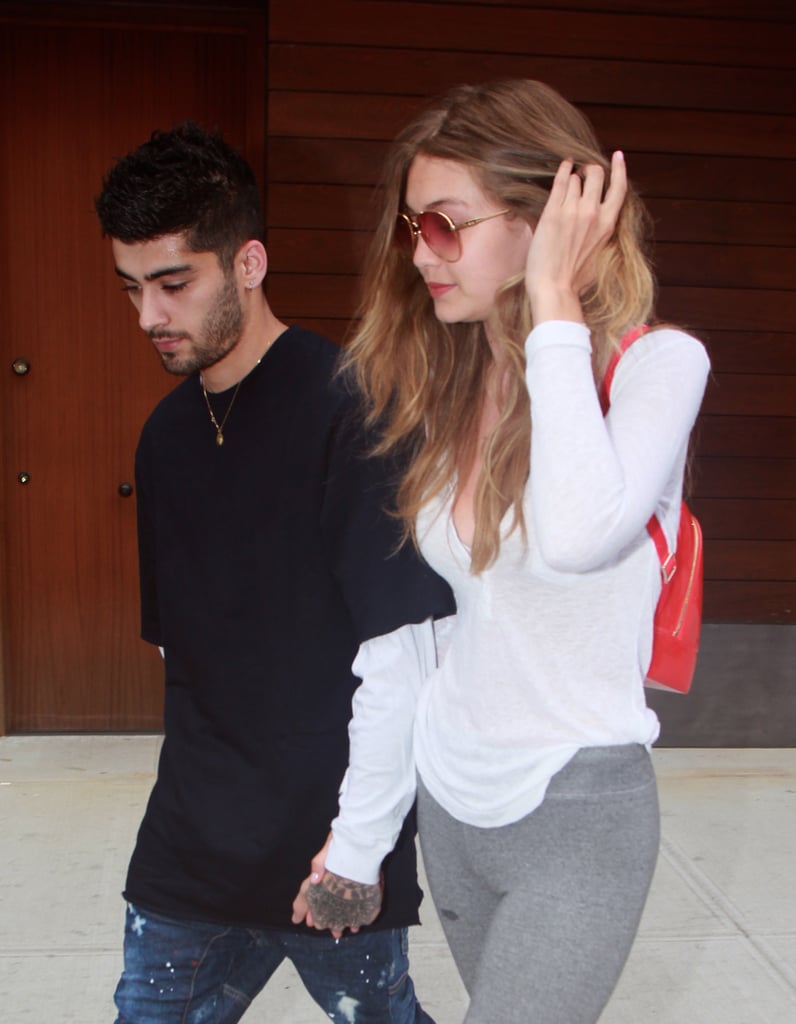 Just like the Summer, Zayn Malik and Gigi Hadid's relationship keeps heating up. On Wednesday, the couple hit the sidewalks of NYC for a casual stroll, where they sweetly held hands while making their way past photographers. Just like their outing from last week, Gigi and Zayn kept a low-key profile in gray leggings and some paint splattered jeans, respectively. Thankfully, all seems to be well between the pair after they hit a bit of a rough patch in June when news broke that they'd split. Gigi continued to refer to Zayn as her boyfriend throughout it all and wrote a heartfelt message about him after he canceled a performance due to anxiety. Since then, they've been seen showing sweet PDA all over NYC, suggesting all is well between the two lovebirds. Check out photos from their latest appearance below!

Megan Fox
Megan Fox Compares MGK Romance to "Being in Love With a Tsunami," and I'm Sorry, What?
by Monica Sisavat 4 days ago