Gwyneth Paltrow followed up her big night at the Golden Globes with an appearance on The Tonight Show Starring Jimmy Fallon on Wednesday to promote her latest film, Mortdecai. After talking up the comedy, which she stars in alongside Johnny Depp, Gwyneth hopped on the mic to perform a few Broadway-sounding versions of hits like "Started From the Bottom," "Anaconda," and "I Don't F*ck With You." You may remember Anne Hathaway belting out tunes with Jimmy last year, and Gwyneth's turn is just as impressive. Watch her performance above now, and be sure to check out more hilarious viral videos, including Jimmy's missed connection with Nicole Kidman and his game of "Water War" with Chris Hemsworth. 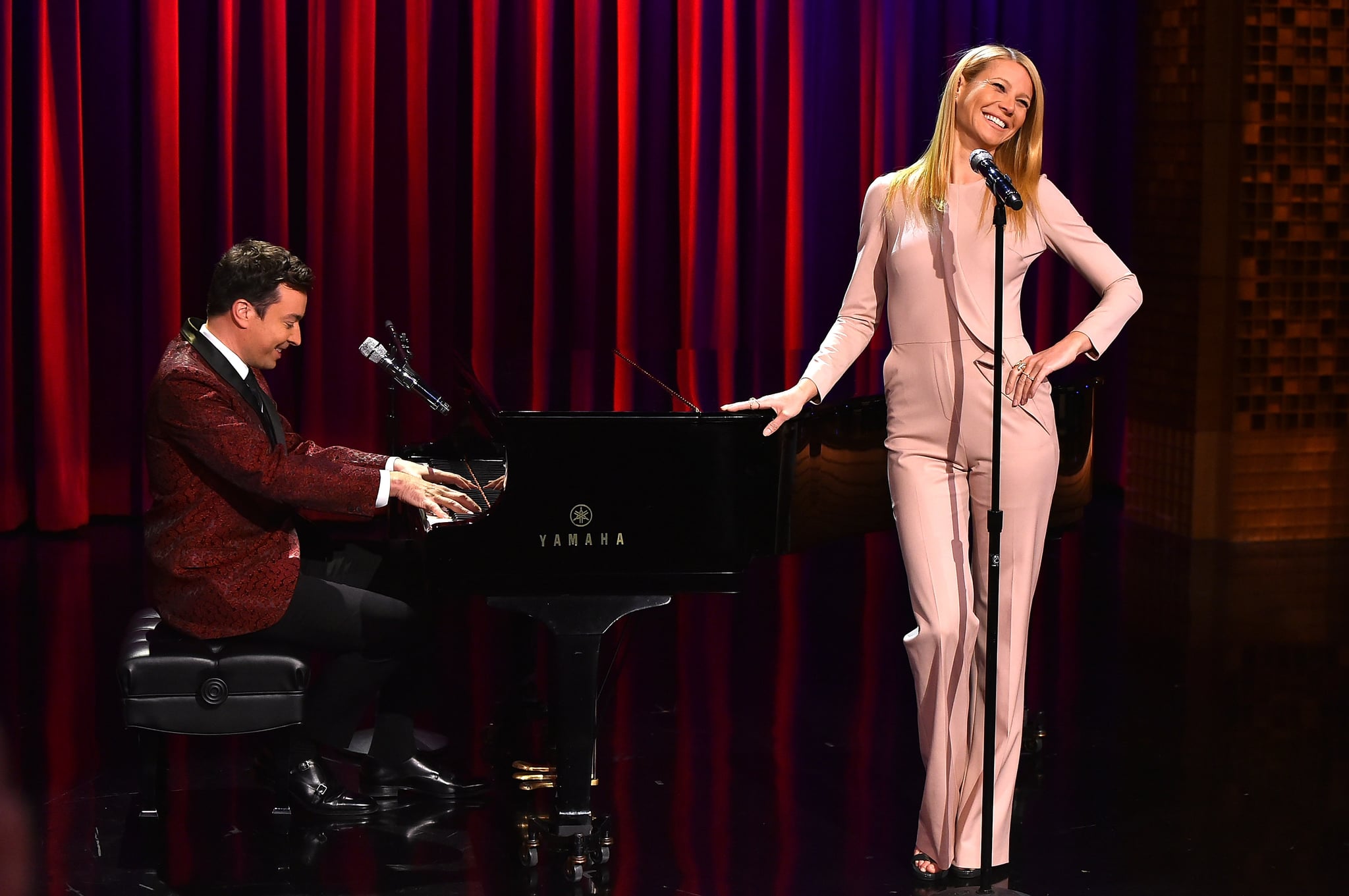 Animal Videos
Please Don't Tell My Cats, but This TikTok-Famous Monkey Is the Light of My Life
by Alessia Santoro 6 days ago

The Tonight Show Starring Jimmy Fallon
Yep, Even Anne Hathaway Relies on the Ol' "Santa's Watching" Trick to Discipline Her Kids
by Victoria Messina 1 week ago