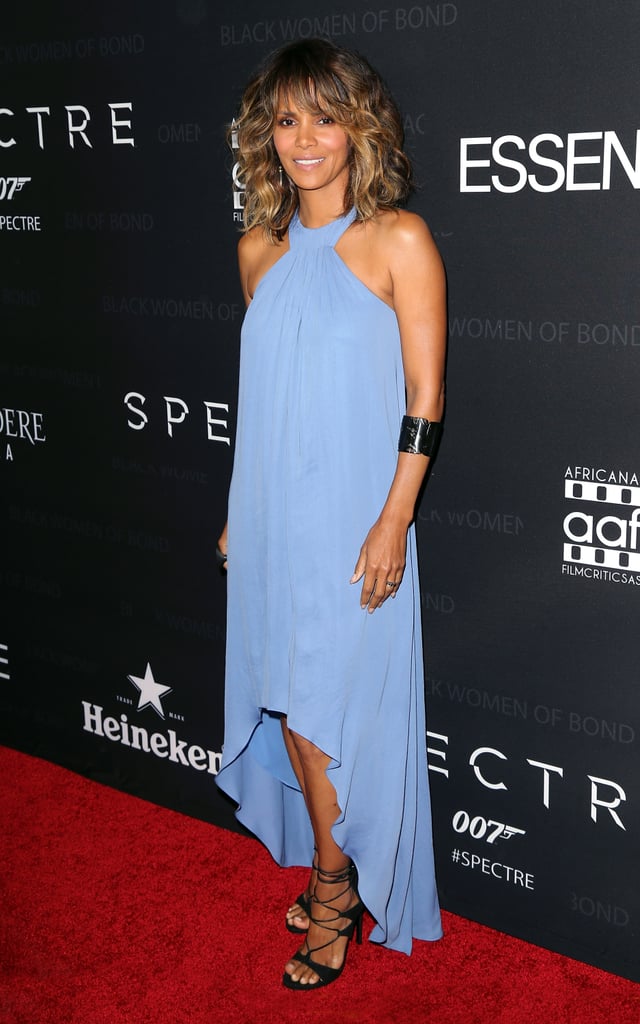 On Tuesday, Halle Berry attended Essence's Black Women of Bond Tribute at the California African American Museum in LA, looking gorgeous as always. The 49-year-old star walked the red carpet and posed for photos alongside fellow actress Naomie Harris. The event was organized in anticipation of the release of Spectre, which hits theaters on Nov. 6, and in conjunction with the African American Film Critics Association to honor all of the black actresses who have starred in the iconic James Bond franchise, including Halle and Naomie.

The fun outing comes during a pivotal time for Halle, who announced her divorce from her husband of two years, Olivier Martinez, just last Tuesday. In a joint statement to People, the couple asked for privacy while they continue to "go through this difficult period." Read on for more of Halle's night out, then check out her shocking Hollywood evolution.

by Kate Schweitzer 5 minutes ago