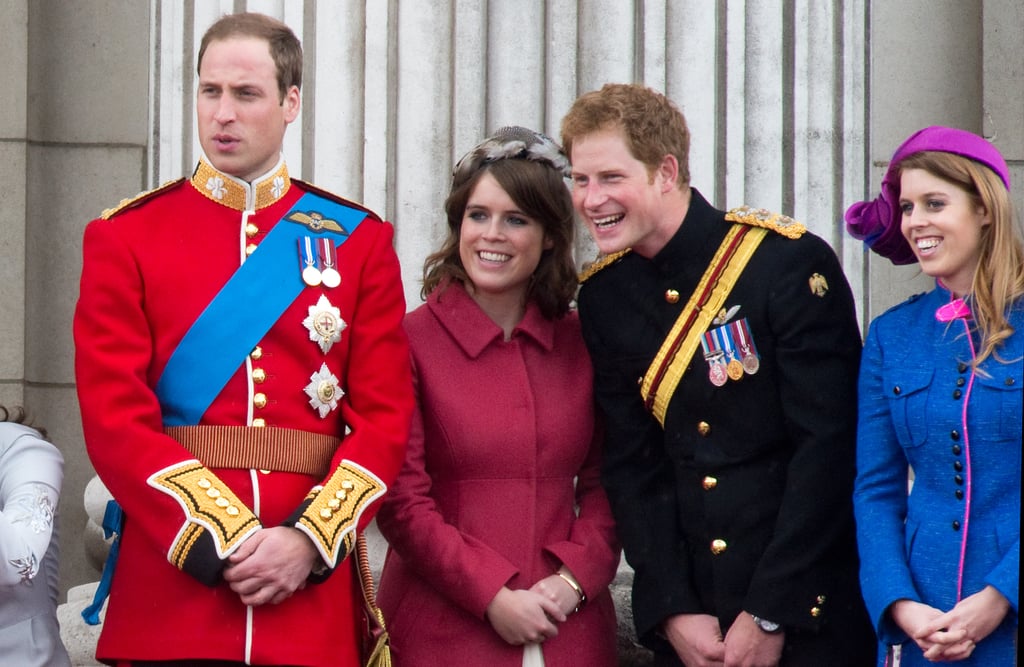 Princess Eugenie married longtime love Jack Brooksbank on Oct. 12, and now that she's had her moment as a literal princess bride, to what her new title will be and what her family dynamic is like. While the public is aware that Eugenie's "family dynamic" is a tad more high-profile than most considering her royal status, some are still confused about Eugenie's relation to more well-known royals like Prince William and Prince Harry.

Related:
Royal Roll Call: Which Family Members Will Be at Princess Eugenie's Wedding?

There's not a whole lot to it, actually: Eugenie is William and Harry's first cousin. Will and Harry's father, Prince Charles, is the brother of Eugenie's father, Prince Andrew. Andrew married Sarah Ferguson in July 1986, five years after Charles married Princess Diana; there are even cute photos of 4-year-old William yawning throughout the ceremony, where he acted as pageboy. The boys' late mother, Princess Diana, was also close friends with Sarah, and their children grew up together between palaces and spent holidays with their grandparents at Balmoral and Sandringham. Will, Harry, and Eugenie have shared lots of sweet public moments over the years as well, especially at sporting events and family functions. Keep reading to see some of them now!