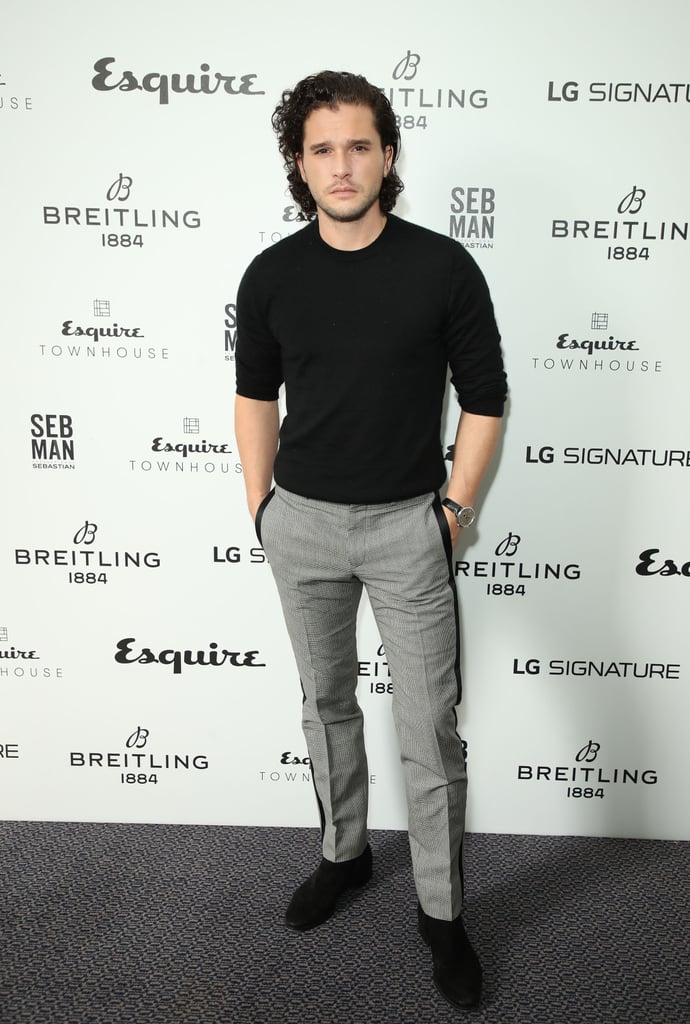 A big personality can go a long way in making people think a character on screen is taller and more intimidating than they actually are (I'm looking at you, Arya), but personality alone apparently wasn't enough when it came to Game of Thrones' Jon Snow. In an interview with Esquire, Kit Harington revealed that he wore "high heels" on the show to appear taller, and I slightly feel lied to.

During a conversation about his understandably heavy costume, which includes a sword and a large fur coat, Kit said, "I was in f*cking high heels, because I'm short and they need me to look taller than other people, so I'm carrying fifty pounds in high heels. You'd have about a week or two where your body went into shock, going, 'I can't, I'm knackered.'"

At 5'8," Kit is a bit shorter than some of his costars, including Sophie Turner, who is 5'9." Still, it looks like his high heels have done their job and helped him fully transform into the King of the North. Wondering how tall the other cast members are? Keep reading to find out!

Related:
Inside the Love Lives of the Game of Thrones Cast
Previous Next Start Slideshow
Kit HaringtonGame Of ThronesCelebrity Facts

Celebrity Couples
"Teen Wolf: The Movie" Cast: Who's Single and Who's Taken?
by Michele Mendez 19 hours ago