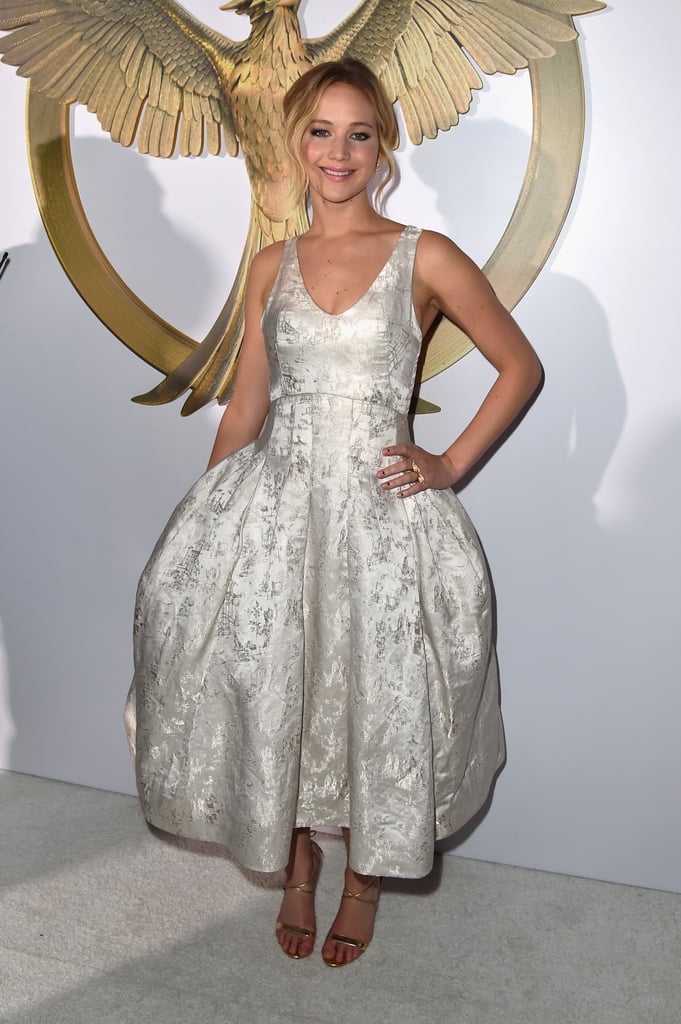 The cast of The Hunger Games: Mockingjay — Part 1 hit the red carpet for the movie's LA premiere on Monday, and Jennifer Lawrence stunned in a white dress. The big night comes just a week after the film made its world premiere in London, where the ladies of Mockingjay stepped out in style. This time around, Jena Malone rocked a red gown and Willow Shields donned a green dress with a gorgeous train, while Josh Hutcherson and Liam Hemsworth looked dapper in suits.

Things were more casual over the weekend, as the group got together in the Big Apple for a hilarious Saturday Night Live appearance and the Mockingjay press conference, where Jennifer talked about the funny photo she took on set. Along with the rest of the cast, Jennifer has been making the press rounds over the past week, cracking all kinds of jokes during interviews and explaining why she "followed" Josh Hutcherson to be his neighbor. Keep reading for the best pictures from the movie's LA premiere, then get excited for the film with a look at pictures from the movie!