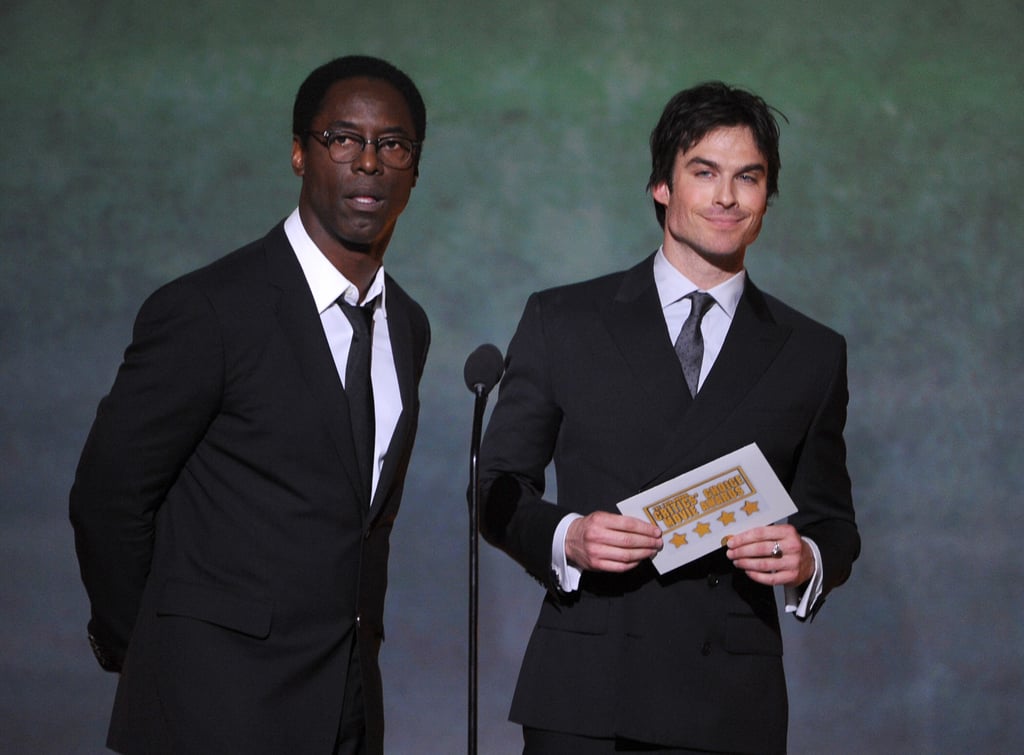 Ian Somerhalder got gorgeous on the red carpet at the 2014 Critics' Choice Awards in LA on Thursday night, wearing a sleek dark suit. The Vampire Diaries star was looking good, much like he did at the People's Choice Awards last week, though he isn't nominated this time around. Instead, he presented the award for best foreign film with Isaiah Washington.

What do you think of his look? Be sure to vote in all of our fashion and beauty polls from the Critics' Choice Awards!

Balmain
Nope, We're Still Not Over Rina Sawayama's BRIT Awards Gown, but Thanks For Asking!
by Victoria Messina 2 hours ago

Music
Rag'n'Bone Man and P!nk Performed With the NHS Lewisham and Greenwich Choir at the BRITs
by Navi Ahluwalia 19 hours ago