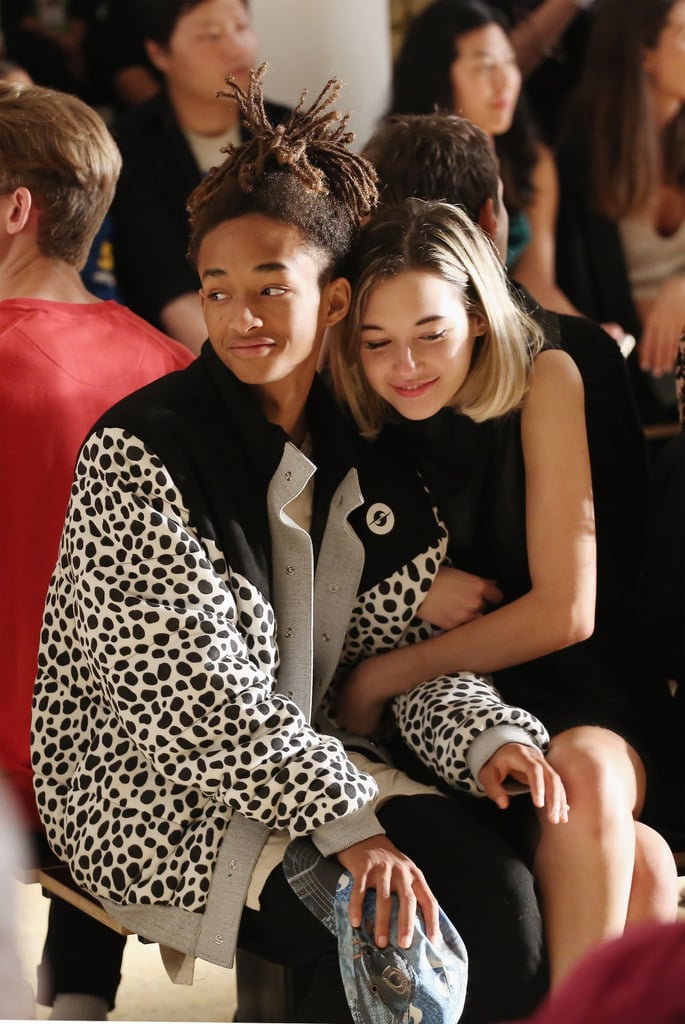 Jaden Smith is officially taken! On Tuesday, the 17-year-old attended the Gypsy Sport runway show at New York Fashion Week with his new girlfriend, Sarah Snyder. Jaden and the 19-year-old model kept close, cozying up to each other and even sneaking in a kiss. In addition to their sweet PDA inside Milk Studios, the happy couple was also spotted holding hands outside, where Sarah wore Jaden's jacket.

Jaden, who was previously linked to Kylie Jenner, was also rumored to be romantically involved with Amandla Stenberg, whom he attended prom with earlier this year. Keep scrolling for the cutest moments from the pair's outing, and then read on for some of Jaden's most bizarre tweets from the year so far.