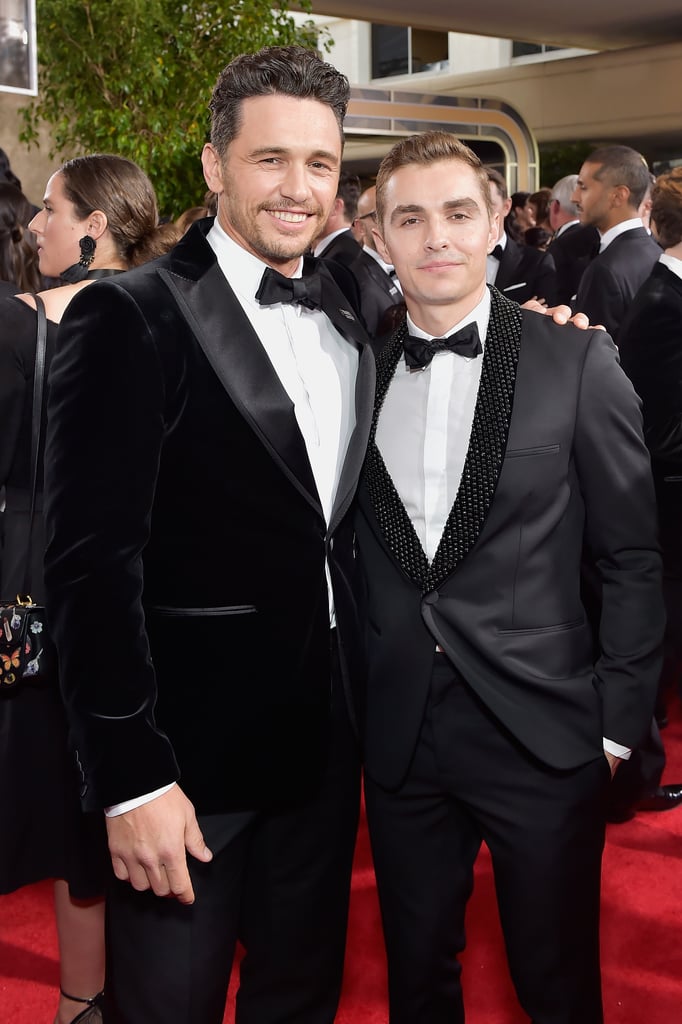 It was a family affair for James Franco at the Golden Globe Awards in LA on Sunday night. The actor, who took home the award for best actor in a musical or comedy for his role in The Disaster Artist, popped up at the ceremony with his younger brother, Dave. As if that wasn't exciting enough, Dave was also accompanied by his wife, actress Alison Brie, and the two were as cute as can be while posing for pictures together. The two brothers stayed close throughout the night, and James even brought Dave and The Room director Tommy Wiseau up on stage with him during his acceptance speech. We just love seeing these two together!