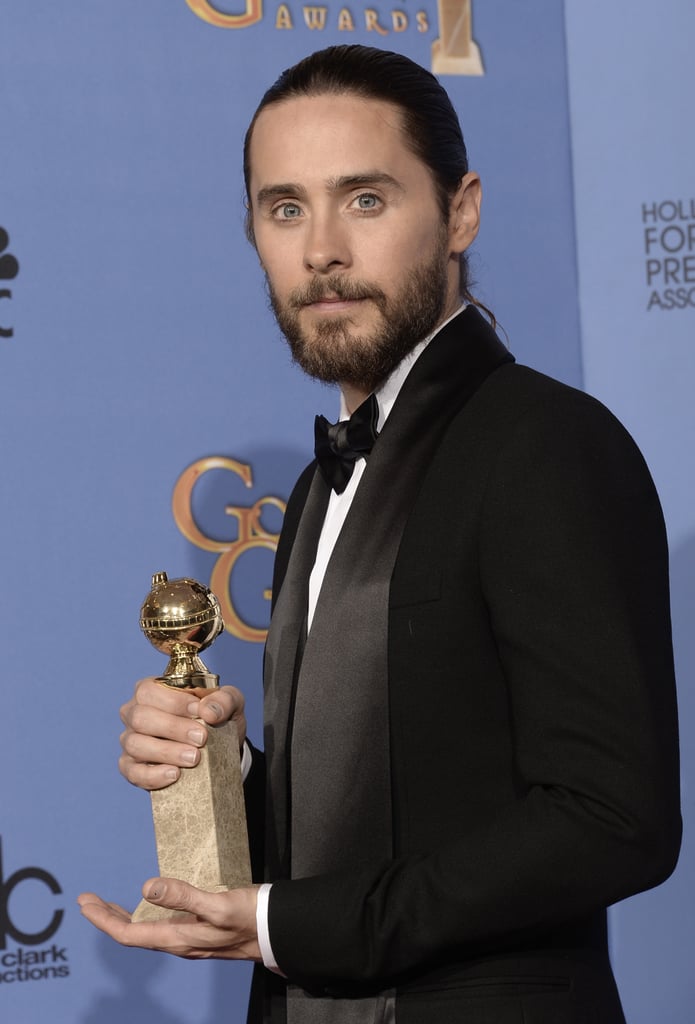 Jared Leto took the red carpet by storm as he arrived in a sleek Saint Laurent ensemble for the Golden Globes in LA on Sunday. He made time to wave for fans and pose for photos with his brother, Shannon Leto, before heading inside for the big event. The actor won his first-ever Golden Globe tonight, thanks to his gripping portrayal as transgender AIDS patient Rayon in Dallas Buyers Club. He was up against Bradley Cooper and Michael Fassbender in the best supporting actor category, but he ultimately beat them out for his first trophy. Jared got a few laughs during his acceptance speech, saying, "I want to clear this up, I did not use any prosthetics in this film. That tiny little Brazilian butt was all mine." He also thanks "all the Rayons out there" for inspiring his portrayal. In the press room, he took some fun photos with Christoph Waltz, who presented him with the award. Keep scrolling to see all the photos from his big Globes night!