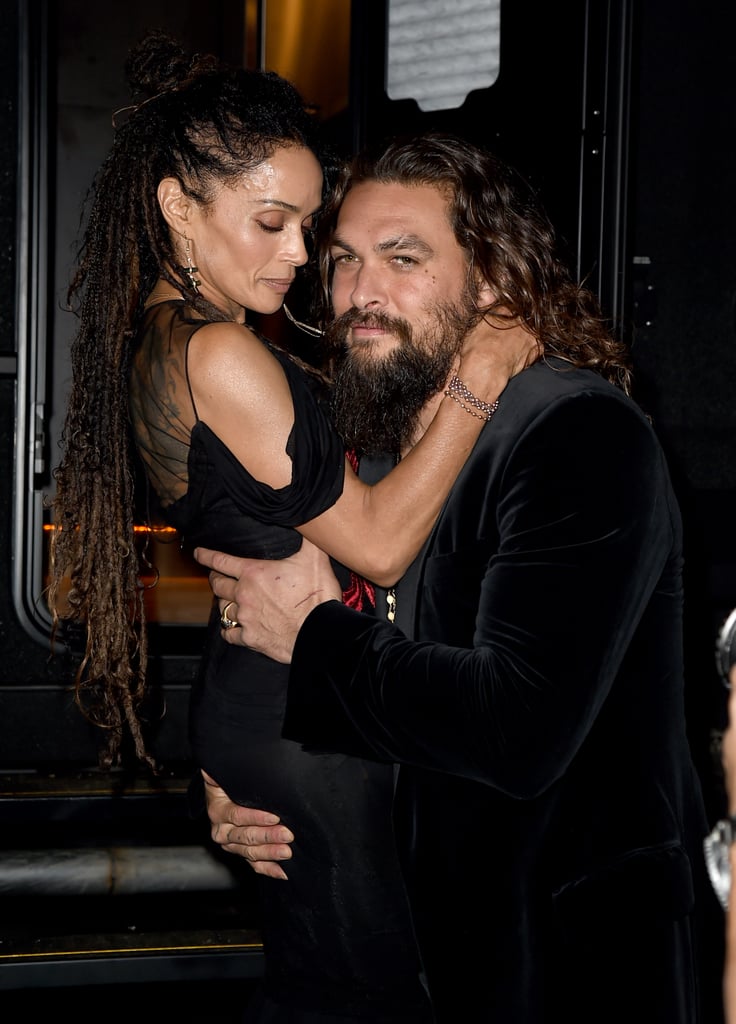 Jason Momoa and Lisa Bonet are crazy in love, and if you have any doubt, just check out their pictures from the Aquaman premiere. The couple made a joint appearance in Hollywood to walk the "blue" carpet on Dec. 12, and they couldn't keep their hands off of each other. They traded kisses and cuddled up like no one was watching — a true sign that they're still head over heels.

Lisa wasn't the only one to show support to Jason on premiere day. Their kids, 11-year-old Lola and 9-year-old Nakoa-Wolf, tagged along, and Jason's mom, Connie Momoa, made an appearance. Lola and Nakoa-Wolf also joined their dad in an intense haka. Looks like being a badass runs in the family!

Jason and Lisa met back in 2005 but didn't actually tie the knot until November 2017. In addition to Lola and Nakoa-Wolf, they're also parents to Zoë Kravitz, Lisa's daughter from her marriage with Lenny Kravitz. This blended family is well-known for keeping things friendly and their close bond.