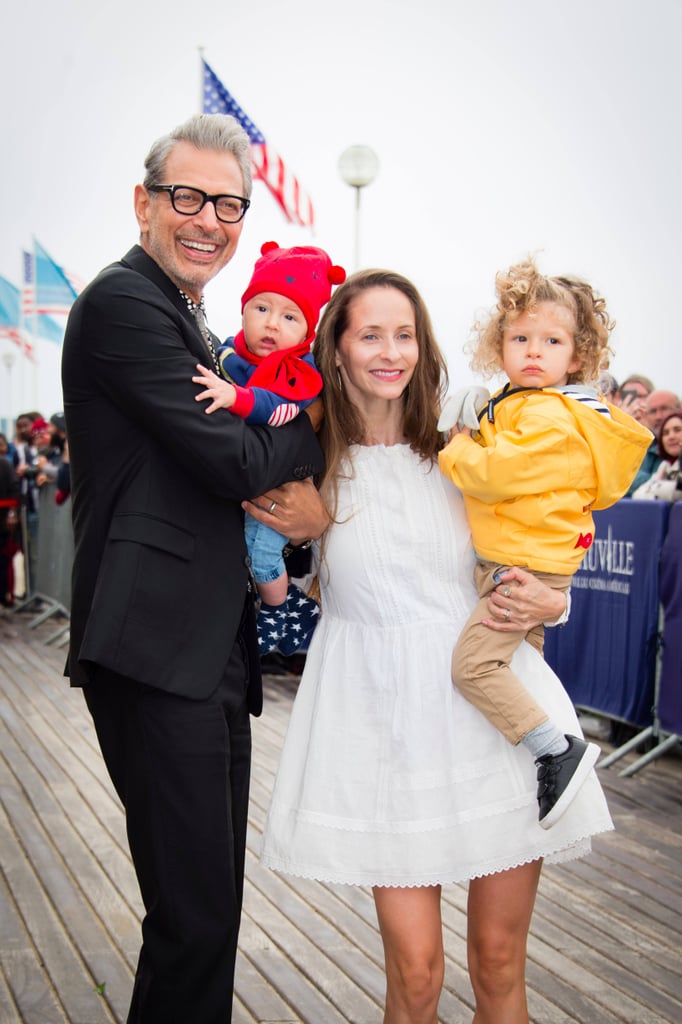 Jeff Goldblum is an incredibly sexy man when he's on his own, but when you throw his adorable family into the mix? Forget. About. It. The actor proved that his favorite role is family man when he stepped out with his wife, Emilie Livingston, and their two adorable sons, Charlie and River, at the Deauville American Film Festival in France on Sunday. While posing for photos in front of his dedicated beach locker room on the Promenade des Planches, Jeff was all smiles while holding and kissing baby River. Jeff and Emilie, who tied the knot in 2014, welcomed Charlie in July 2015 and River in April 2017. If this outing proves anything, it's that Jeff's "DILF" satus isn't going away anytime soon.