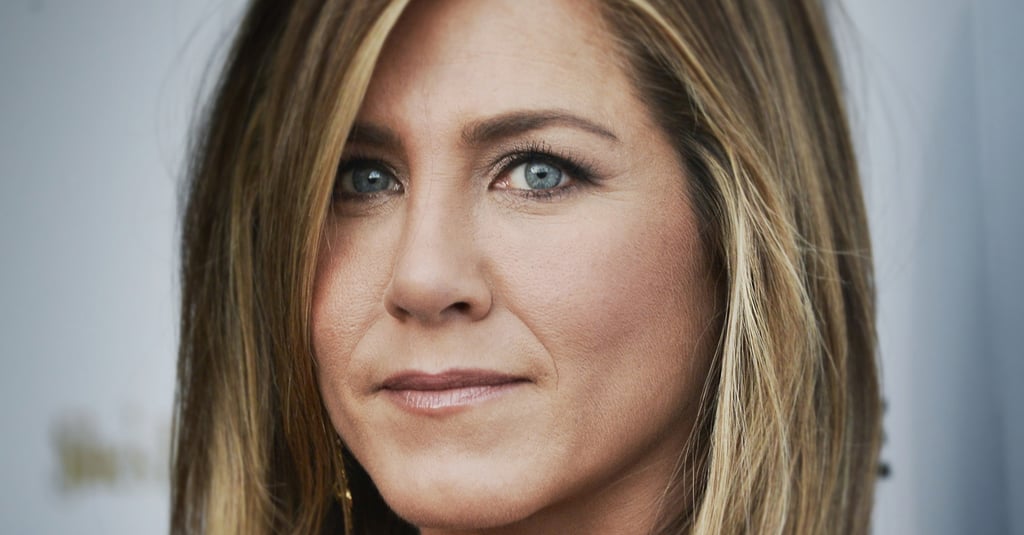 Jennifer Aniston is not here for your pesky pregnancy rumors. The actress penned a powerful essay for the Huffington Post this week to finally put an end to all the "scrutiny and body shaming" she's been experiencing recently. In the lengthy post, Jennifer admits that it's not in her nature to address gossip, but she's "fed up" of being "harassed by dozens of aggressive photographers" and decided to put her thoughts into writing. She also makes a great point, saying that "the objectification and scrutiny we put women through is absurd and disturbing" and that "the message that girls are not pretty unless they're incredibly thin . . . is something we're all willingly buying into." Just last month, new rumors of a pregnancy swirled after pictures surfaced of her and her husband, Justin Theroux, vacationing in the Bahamas. Check out a few excerpts of her essay below.

"Let me start by saying that addressing gossip is something I have never done. I don't like to give energy to the business of lies, but I wanted to participate in a larger conversation that has already begun and needs to continue. Since I'm not on social media, I decided to put my thoughts here in writing.

For the record, I am not pregnant. What I am is fed up. I'm fed up with the sport-like scrutiny and body shaming that occurs daily under the guise of 'journalism,' the 'First Amendment' and 'celebrity news.'

Every day my husband and I are harassed by dozens of aggressive photographers staked outside our home who will go to shocking lengths to obtain any kind of photo, even if it means endangering us or the unlucky pedestrians who happen to be nearby. But setting aside the public safety aspect, I want to focus on the bigger picture of what this insane tabloid ritual represents to all of us.

If I am some kind of symbol to some people out there, then clearly I am an example of the lens through which we, as a society, view our mothers, daughters, sisters, wives, female friends and colleagues. The objectification and scrutiny we put women through is absurd and disturbing. The way I am portrayed by the media is simply a reflection of how we see and portray women in general, measured against some warped standard of beauty. Sometimes cultural standards just need a different perspective so we can see them for what they really are — a collective acceptance... a subconscious agreement. We are in charge of our agreement. Little girls everywhere are absorbing our agreement, passive or otherwise. And it begins early. The message that girls are not pretty unless they're incredibly thin, that they're not worthy of our attention unless they look like a supermodel or an actress on the cover of a magazine is something we're all willingly buying into. This conditioning is something girls then carry into womanhood. We use celebrity 'news' to perpetuate this dehumanizing view of females, focused solely on one's physical appearance, which tabloids turn into a sporting event of speculation. Is she pregnant? Is she eating too much? Has she let herself go? Is her marriage on the rocks because the camera detects some physical 'imperfection'?"

Read Jennifer's essay in full on the Huffington Post, then get inspired by her most empowering quotes through the years.

Health News
Kid Cudi Reveals He Suffered a Stroke in Rehab: "Everything Was F*cked"
by Yerin Kim 43 minutes ago

Taylor Swift
Taylor Swift Almost Appeared in "Twilight: New Moon," but She Was Rejected Due to Her Star Status
by Njera Perkins 18 hours ago

Celebrity Instagrams
Jennifer Aniston Vacationed With Jason Bateman and His Wife: "Take Us Back"
by Eden Arielle Gordon 1 day ago

Steve Martin
Steve Martin Announces Plans to Retire After "OMITB" Wraps: "This Is, Weirdly, It"
by Chanel Vargas 1 week ago