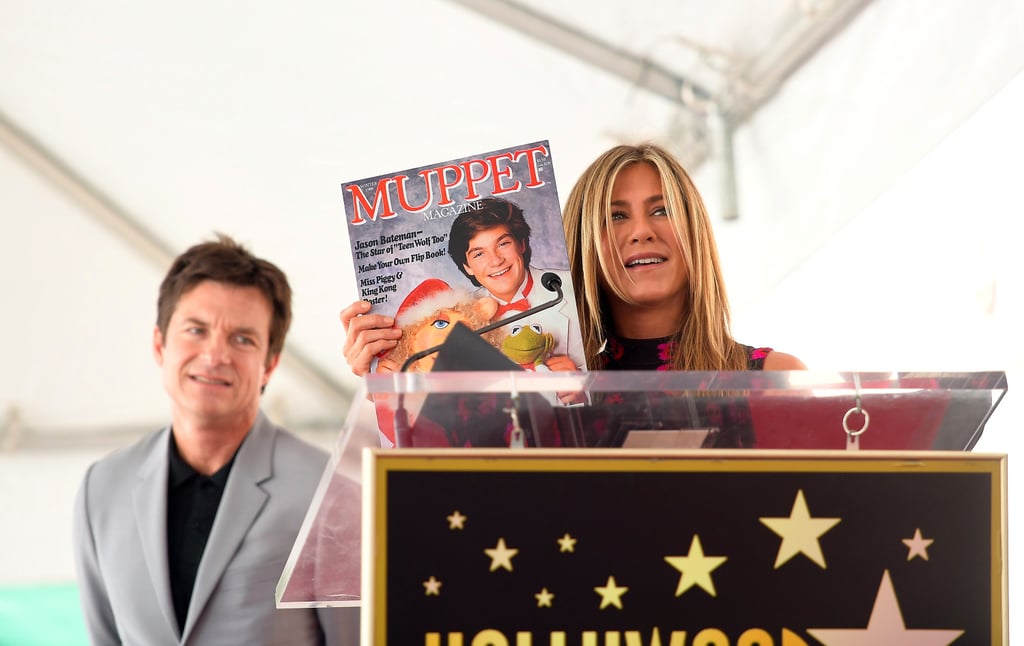 Jennifer Aniston and Jason Bateman go way back, so it's only fitting that she would do what best friends do and embarrass the crap out of him in public. During his Hollywood Walk of Fame ceremony on Wednesday, the actress gave a speech about her old friend while flashing hilarious and cringeworthy photos of him growing up for the audience. The two have starred in multiple movies together like The Break-Up and Horrible Bosses, and Jen poked fun at Jason's long career when talking about her "partner in crime." "One thing has proven itself to be true and that is having longevity in this business is not easy . . . especially starting out as a child actor," she said. "Usually that's a story that doesn't always end well. When I actually met Jason it was kind of looking like it could go either way."

What made the day even better was Jason's 5-year-old daughter, Maple. The adorable little girl couldn't hide her affection for Jen, who also brought along husband Justin Theroux. After burying herself in Jen's lap for a hug, Maple wouldn't let go and decided to stay there for a while. When the world was talking all about "squads," they really should have looked right here.

Celebrity Instagrams
When They're Not Playing Rivals, the Cobra Kai Cast Has a Strong Bond Off Screen
by Kelsie Gibson 4 days ago