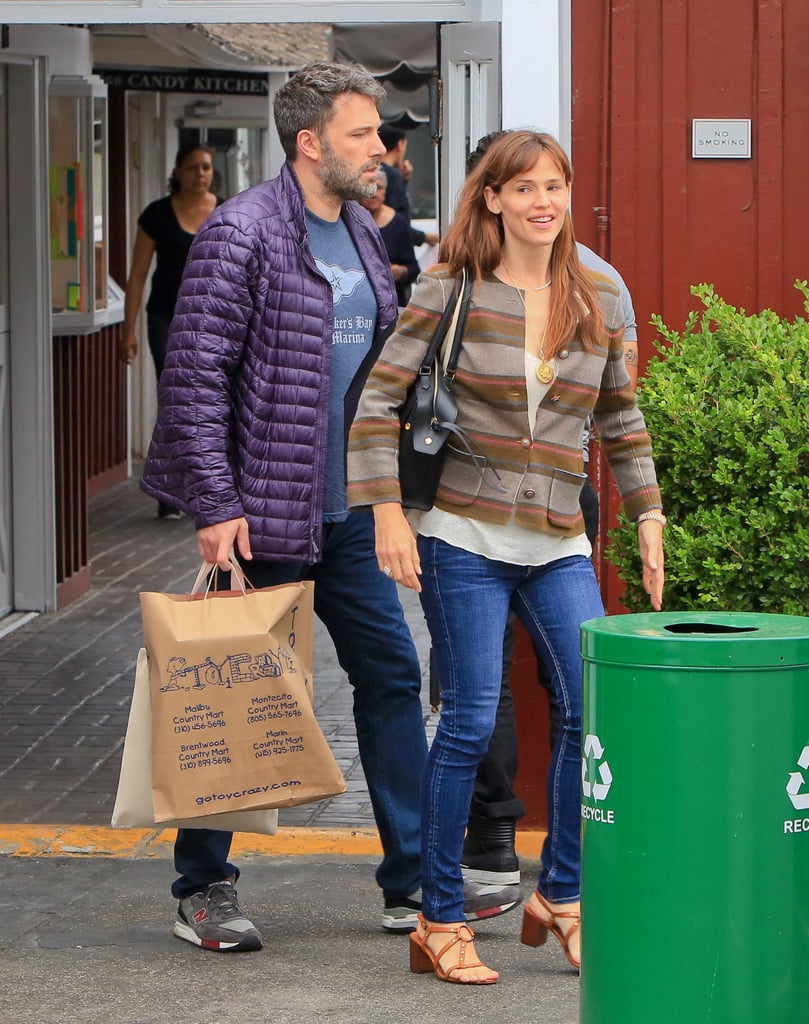 Jennifer Garner and Ben Affleck took their daughter Seraphina to shop at Toy Crazy in the Brentwood Country Mart on Wednesday. The outing marks the second time this week that Ben and Jennifer have been photographed together after their fun family morning at a farmers market on Sunday. Jennifer was all smiles while picking up produce and flowers with her two youngest children, while Ben kept his face covered in a hat and sunglasses. The couple have been plagued by split rumors over the past few weeks, though neither has commented about the speculation. If it really is just rumors, Ben and Jen have an exciting milestone to celebrate later this month — their 10-year wedding anniversary!