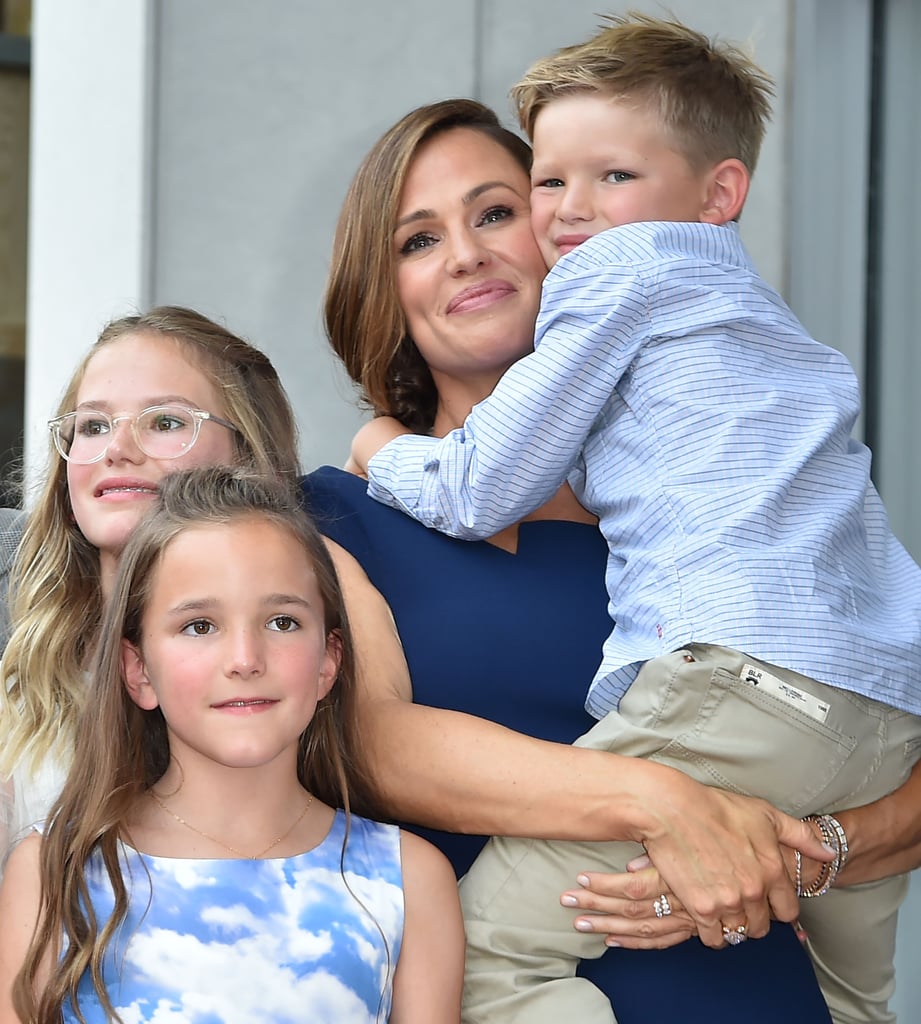 Jennifer Garner was honored with a star on the Hollywood Walk of Fame on Monday and had her three adorable kids — Violet, 12; Seraphina, 9; and Samuel, 6 — by her side to celebrate the big milestone. The 46-year-old actress, who is set to kick ass on the big screen in her upcoming action film Peppermint, stunned in a fitted blue dress and flashed her signature smile for photographers. Jennifer shared a sweet moment with her daughters and son, who proudly stood next to her to pose for family photos. Also on hand for Jennifer's big day were her parents, William and Patricia Garner, and her sisters, Melissa and Susannah. Steve Carell, Bryan Cranston, and actress Judy Greer, whom she starred with in the 2004 classic 13 Going on 30, also gave touching speeches at the podium.

On Friday, Jen was glowing as she attended a photocall for Peppermint, in which she plays a grieving wife and mother who seeks revenge after the murders of her husband and daughter. This week, it was also revealed that Jennifer's estranged husband, Ben Affleck, has split from former girlfriend Lindsay Shookus and is currently spending time with Playboy model Shauna Sexton. Jen and Ben have been keeping things amicable for the sake of their kids since they separated in 2015, but she's definitely radiating an "unbothered" vibe in these latest photos. Scroll through to see them all.

Celebrity Families
Travis Barker Loves Being a Dad "More Than Anything" — Meet Atiana, Landon, and Alabama!
by Emily Weaver 2 days ago