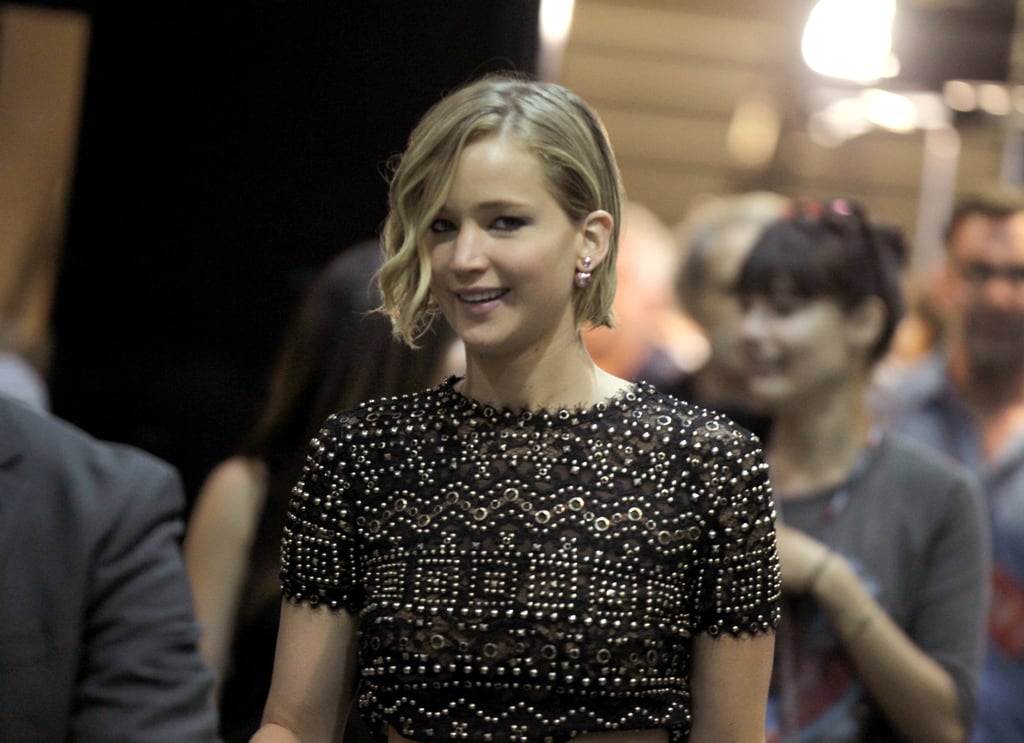 A special fan caught Chris Martin's performance at the iHeartRadio Music Festival on Friday: his new girlfriend Jennifer Lawrence. Before the singer took center stage with Coldplay, Jennifer casually walked through the backstage area at the MGM Grand Garden Arena in Las Vegas, flashing a smile while turning heads. In anticipation of Chris's performance, the actress reportedly headed to a VIP lounge. Although Jennifer avoided the spotlight, she was dressed to impress in an Emilio Pucci ensemble, including a midriff-revealing top.

The relationship rumor mill has been churning out several stories about the stars ever since reports about their relationship emerged in August. Most recently, Chris reportedly put on a show for Jennifer at a Coldplay concert in LA. Meanwhile, the actress has been holding her head up high after hackers released nude pictures of her. Jennifer hasn't publicly commented on the leak, but she made an inspiring statement with her clothing during a recent outing in Malibu, CA. Scroll through to see Jennifer and Chris's latest snaps.