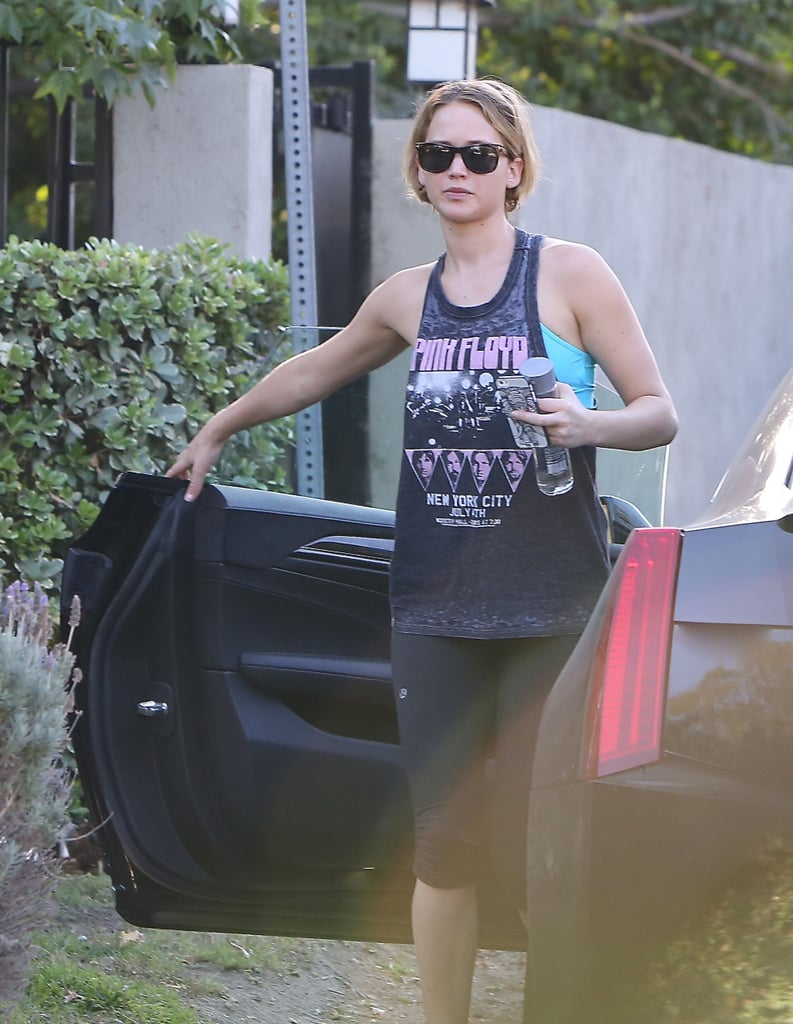 Jennifer Lawrence made a solo trip to the gym in LA on Wednesday while wearing a Pink Floyd t-shirt. The actress has been lying low over the past few weeks after she was part of a massive photo hacking scandal that targeted dozens of celebrities. However, Jennifer hasn't been letting the scandal get to her and has instead been focusing on spending time with her new boyfriend, Coldplay's Chris Martin. In late September, she made a rare public appearance to watch Chris's band perform at the iHeartRadio music festival in Las Vegas and the pair was spotted traveling together to the concert location. While Jennifer has been taking it easy over the past month, she will soon be in the spotlight again as she prepares for the Nov. 21 release of The Hunger Games: Mockingjay — Part 1. Be sure to check out the newest trailer for Mockingjay before it hits theaters! 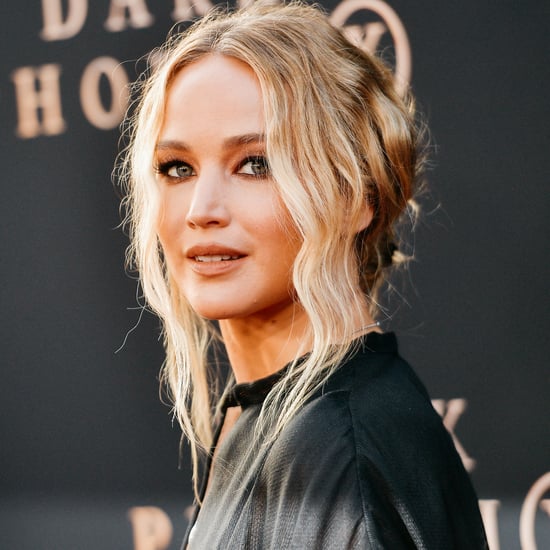