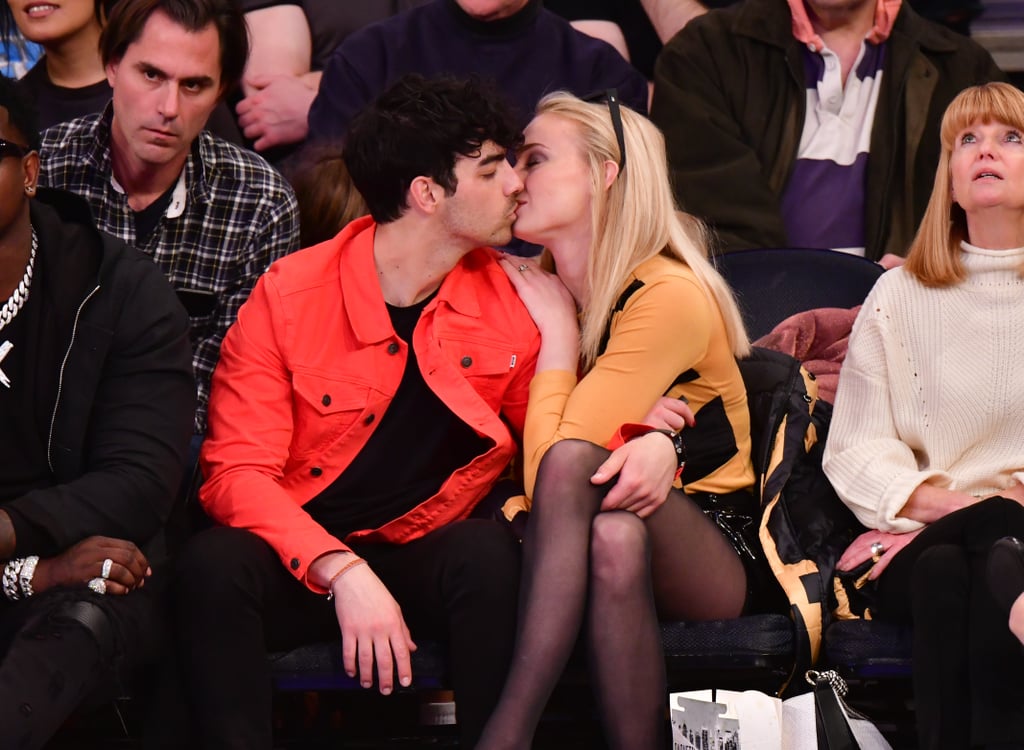 Following the Jonas Brothers' recent reunion, Joe Jonas celebrated by having a cozy date night with his fiancée, Sophie Turner. On Saturday, the couple sat courtside with Sophie's parents as they watched the Sacramento Kings take on the New York Knicks at Madison Square Garden. The two looked lost in their own little world as they cuddled up and shared a few kisses. At one point, the Game of Thrones actress playfully offered her sucker candy to Joe.

Their sickeningly sweet appearance comes just after Sophie's special appearance in the Jonas Brothers' "Sucker" music video. In the video, the brothers are joined by their real-life partners as they sing about being "suckers" in love. Joe and Sophie got engaged in October 2017 and are planning on tying the knot later this year. During the Jonas Brothers' appearance on The Late Late Show, Joe revealed that they will be having a Summer wedding.