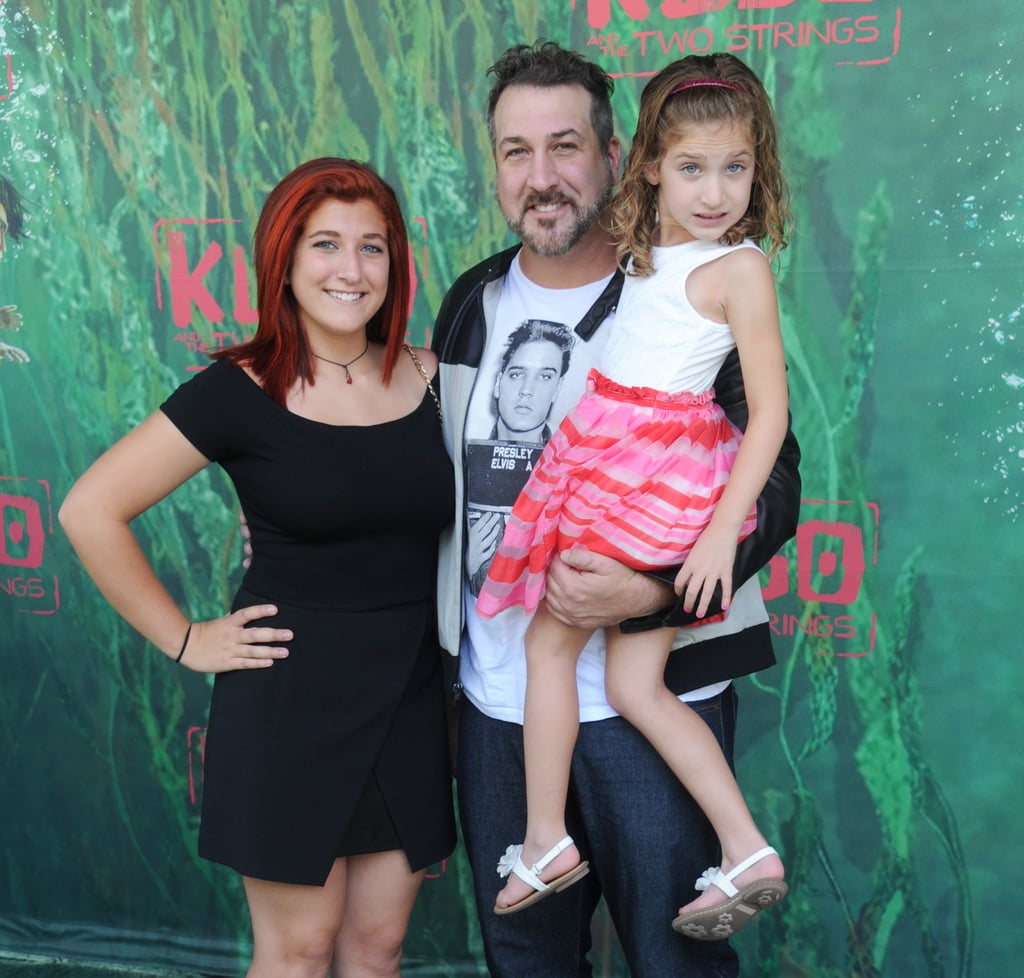 Joey Fatone turned the LA premiere of Kubo and the Two Strings into a family affair when he arrived with his two daughters, Briahna and Kloey, by his side, on Sunday. The former *NSYNC singer, who recently reunited with his old band, proudly posed for photos alongside his two girls on the red carpet before making his way inside the movie theater. Also in attendance was Fuller House star Jodie Sweetin, who also brought along her fiancé, Justin Hodak, and her two daughters, Beatrix and Zoie. Check out even more stars who went from boy bander to doting father.

Celebrity Instagrams
LeBron James's Daughter, Zhuri, Nails Her Catwalk in Heels: "It's OVER For Me!!"
by Perri Konecky 4 hours ago

by Sara Youngblood Gregory 5 minutes ago