Certain celebrity couples can really define relationship goals by just the way they look at each other, but there's something to be said for a couple who respects each others' work, especially when they're in the same industry. For John Krasinski, respecting wife Emily Blunt's work is an extreme understatement. I chatted with Krasinski about his new movie, The Hollars, and when the conversation turned to Blunt and her new movie, The Girl on the Train, he gave her a rave review — but that's only the tip of the iceberg for his admiration. You may have heard that story about him watching The Devil Wears Prada 75 times, but he's a bigger fan than you can imagine. Here, Krasinski talks about several of the films in which Blunt has blown him away, and he goes on to say the incredible ways she inspires him. These, friends, are actual relationship goals. 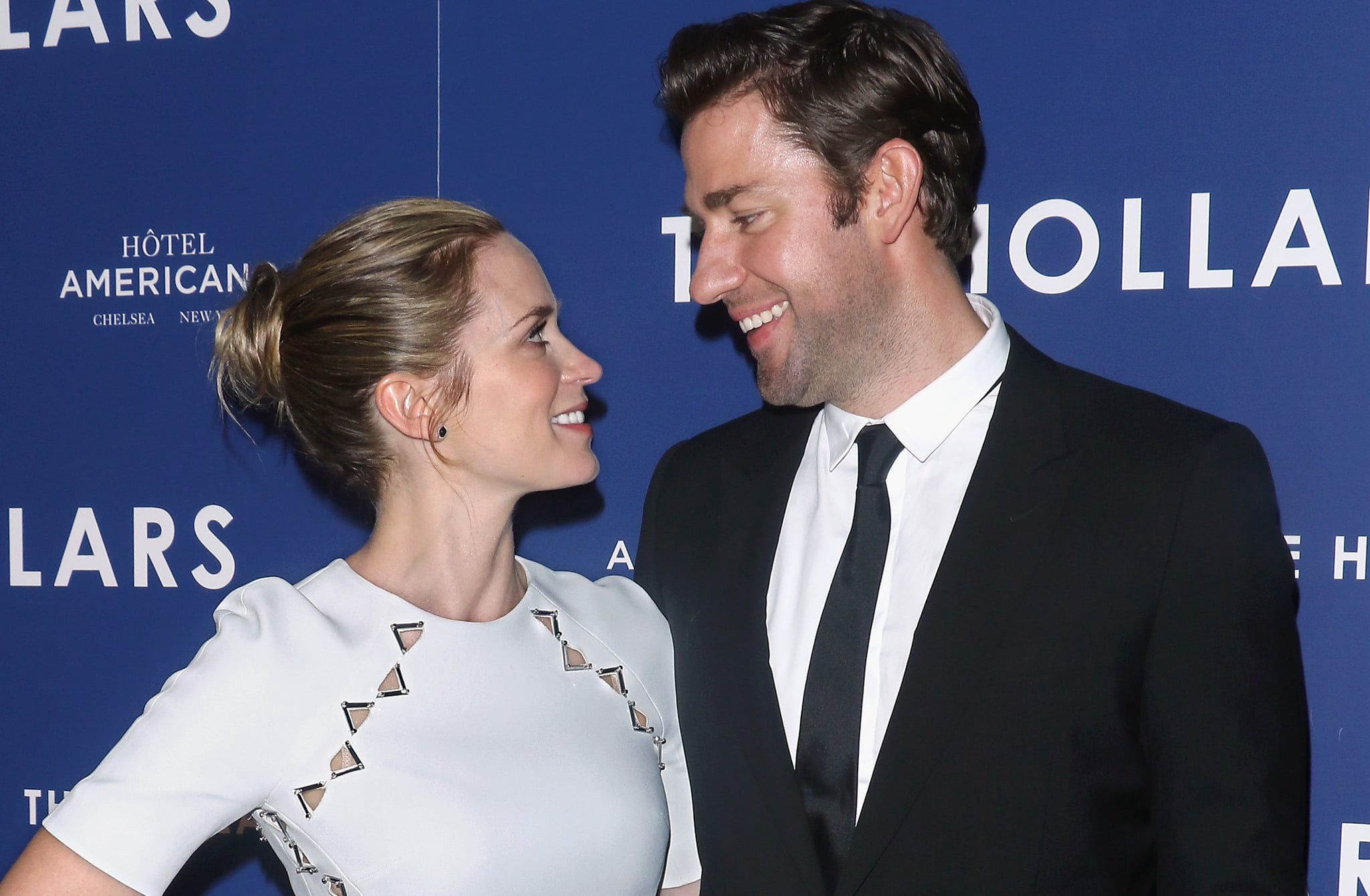 POPSUGAR: Have you seen The Girl on The Train?
John Krasinski: I have.
PS: And what do you think of her performance?
JK: It's the best she's ever done. And I don't say that — I mean, yes, of course I have every reason to be biased, but in this particular instance — I never overstate how I feel about her. She always blows me away, but in this particular role, I can say genuinely for the first time, it's the only time since, as long as I've known her, that I ever forgot that it was her on screen. That's how good she is in this movie, which is very rare and very hard to do. She goes so full into the transformation of someone who's going through obviously a struggle in her life and a struggle with addiction, and it's just incredible. She's so good. She's always so good, but this is like a tour-de-force performance for me. 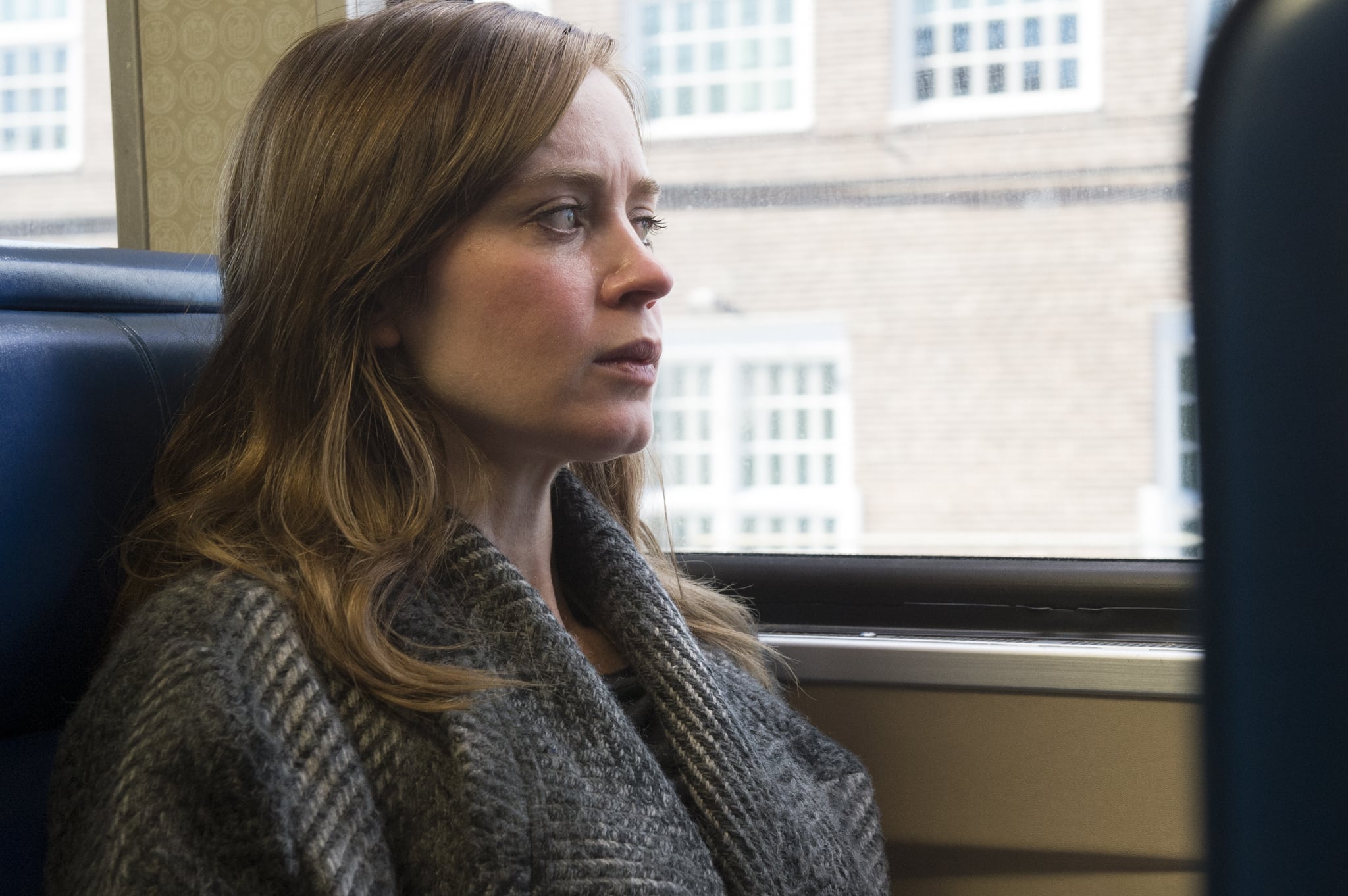 Related:
Emily Blunt Gets Tangled in a Web of Lies in The Girl on the Train Trailer

PS: Did you have a favorite movie role of hers before this?
JK: I did. I had many. Most recently I thought Sicario was a damn near perfect film.
PS: I thought she was going to get an Oscar nomination.
JK: I thought so too!

PS: What's your impression of the way that she can switch between comedy and drama?
JK: My impression is, she's just one of the best actors working. My wife, I've been a fan of hers long before we even knew each other. I was watching her in movies like My Summer of Love and The Devil Wears Prada I've probably seen way too many times. And this is before I even met her. And then I've watched her go from being a really good actress who makes really good decisions to being the best actress who makes exceptional decisions, and it's because she can literally do anything. But I will say above all, I think her taste is what impresses me the most. She chooses roles and understands roles so specifically. Yes, most recently, she's getting a lot of roles given to her, but before then she was choosing these roles. And she's so committed — the story in my head is Salmon Fishing in the the Yemen — I remember she loved that and she connected to that script, and I remember her getting calls that like, now we're gonna push two months, now we're gonna push five months, now we're gonna push a whole year. And that's where, most of the time, you lose your actress, because they have to go on to other things. And Emily just said, "no, whenever they make this movie, I'm gonna do it." She's so dedicated to the roles that she plays. I don't know that there's anybody better than her. She's so fantastic. I don't think I enjoy watching anybody more.

"I don't know that there's anybody better than her. She's so fantastic. I don't think I enjoy watching anybody more."

PS: I can say objectively that you're not just biased.
JK: Not just a creepy husband? [laughs] I'll go so far as to say she inspires me. Watching her work and getting to see her work is so inspiring. It teaches me so much about what I can be doing more and better of.

PS: I saw that you're both voicing characters in the upcoming Animal Crackers.
JK: Yes, our first animated [film] — that is true, our first roles that we've done together! We play a married couple in it. But I guess because it's animated we didn't think of it as like our first, but it is, it's our first roles together. But we'd love to do a movie together. I think it's gotta be the right movie. It's gotta be a movie where the story of us being married doesn't supersede the movie itself.

Beauty News
Mary J. Blige on Her Skin-Care Journey: "It's a Process"
by Danielle Jackson 3 days ago