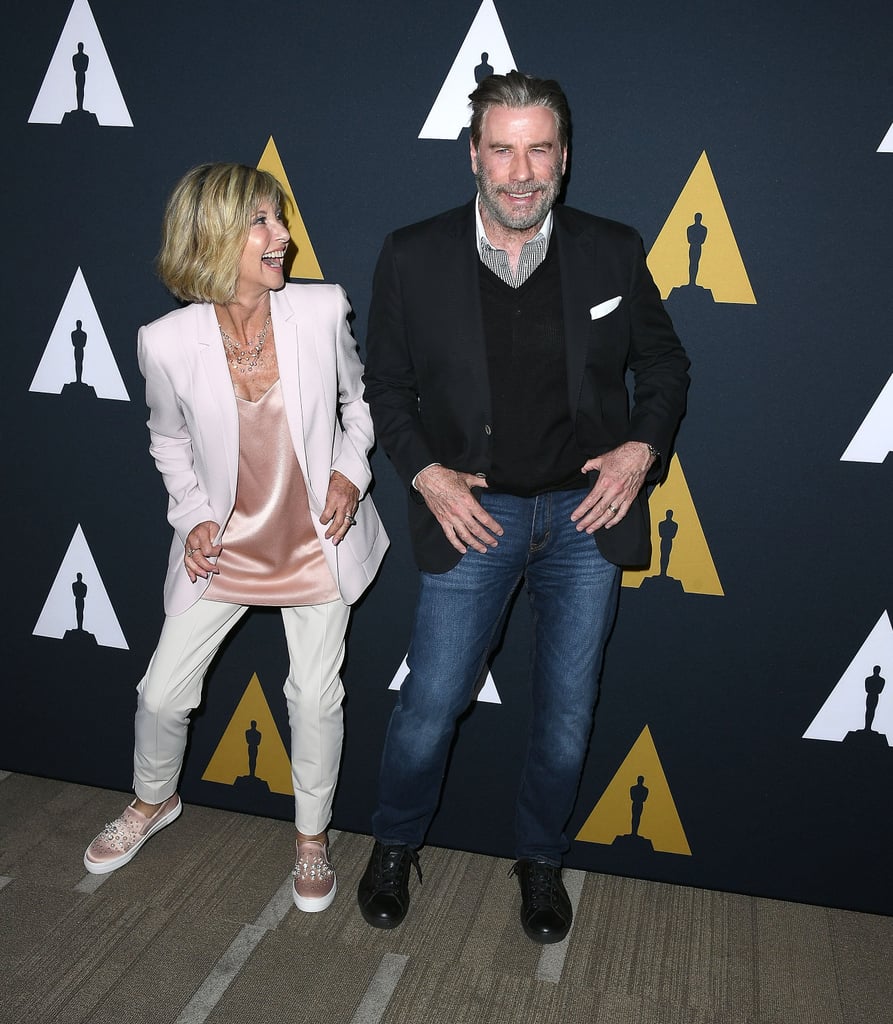 Grease turns the big 4-0 this year, and what better way to celebrate the iconic musical's anniversary than with a sweet reunion of its stars? Olivia Newton John and John Travolta hit the red carpet at The Academy Presents Grease 40th Anniversary event at LA's Samuel Goldwyn Theater on Wednesday, where they immediately embraced and busted out a few of their dance moves. They also snapped a few selfies with fellow guests and chatted up Mario Lopez, who arrived on a pair of crutches.

This definitely isn't the first time they've shared an adorable reunion this year, however — the pair actually linked up back in January at the G'Day Black Tie Gala, where they enjoyed a few laughs (and gave us a heavy dose of nostalgia). Although we're not sure if they discussed THAT chilling Grease theory, it certainly looks like they had a blast. Take a look at all the photos of their outing ahead!

by Pallavi Bhadu 23 minutes ago