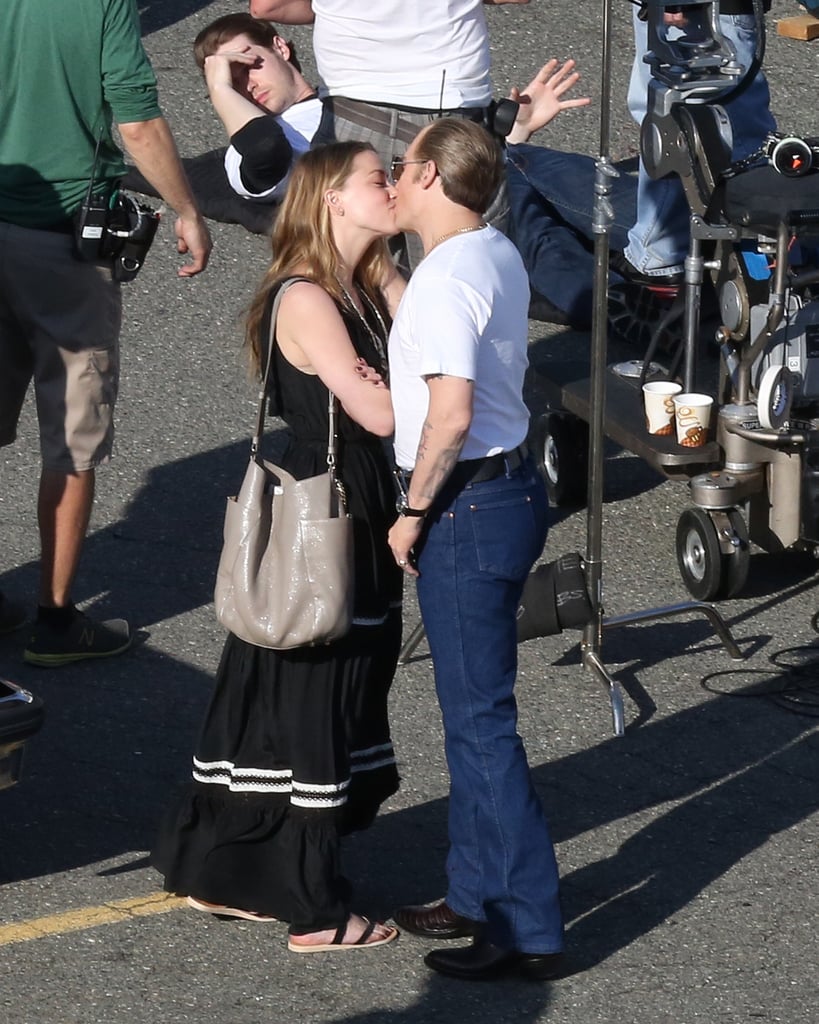 Johnny Depp and Amber Heard shared a sweet kiss when the actress visited her husband-to-be on the set of his latest film, Black Mass, near Boston on Monday. Johnny looked almost unrecognizable on set as he was given a dramatic makeover to play real-life Boston gangster Whitey Bulger. While Johnny lost his trademark hairstyle for the role, it didn't look like Amber minded, as she hung around the actor on set while he prepared to film a violent scene. Johnny and Amber got engaged in January after dating for nearly two years. The pair met on the set of The Rum Diary but didn't spark up a real romance until after filming. There's no word on when the couple will officially get hitched, but both of the stars have a very busy schedule ahead of them as Johnny is set to star as Harry Houdini in The Secret Life of Houdini, and Amber is currently working on both When I Live My Life Over Again and The Adderall Diaries.