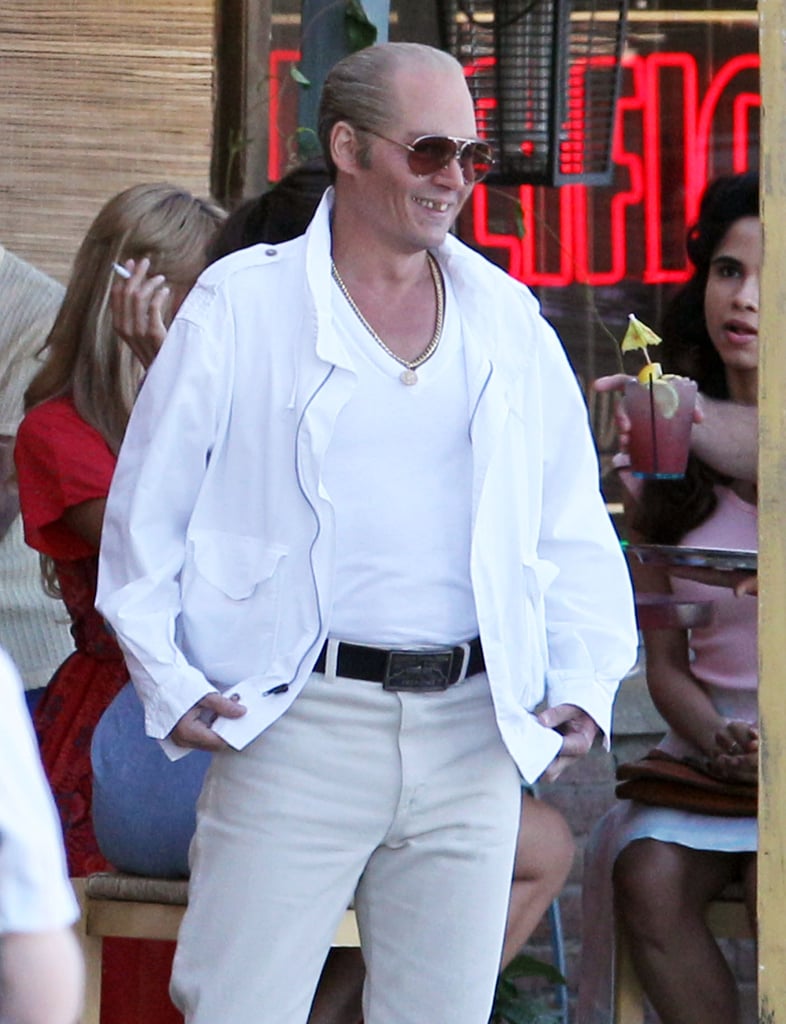 Is That Really You, Johnny Depp?

Thanks to the magic of makeup, Johnny Depp has transformed into a balding and considerably older man! The actor looked barely recognizable while filming scenes with Peter Sarsgaard for Black Mass in Revere, MA, on Friday. At one point, Johnny flashed a big smile and, in the process, showed off a set of false teeth. Johnny is going all out to portray real-life gang leader Whitey Bulger, who is serving more than two life terms for several crimes, including 11 murders. We first saw Johnny trade his dark features for a lighter complexion in May, when he debuted the new look on the film's set in Boston. Amber Heard is one person who doesn't seem turned off by the temporary changes. In June, Johnny's fiancée gave him a sweet kiss when the two linked up on set. Keep reading to see the actor's latest pictures, and then check out Johnny's weirdest and wackiest movie looks!

Previous Next Start Slideshow
Johnny DeppStars On The Set