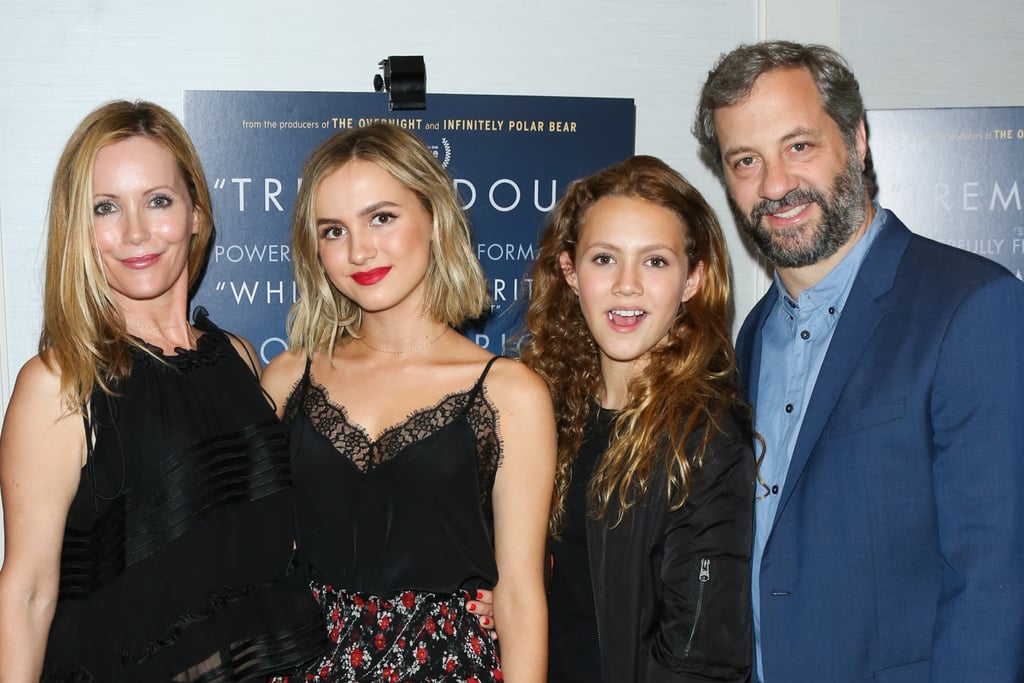 It's no secret that Leslie Mann and Judd Apatow have one of the cutest (and most normal) families in Hollywood. While they do count movie premieres and glamorous red carpet events as family outings, they still seem so down to earth and incredibly close, which was evident yet again when the foursome attended the premiere of Other People in Hollywood on Wednesday. Judd and Leslie, who tied the knot back in 1997, posed for photos with their stunning daughters, Maude, 18, who stars in the film, and Iris, 13. Maude has already made quite a name for herself in Hollywood with roles in movies like This Is 40 and TV shows like Girls, so we have a feeling this is just the beginning of many red carpet outings to come!

Cate Blanchett
Cate Blanchett Has Her Hands Full With Her 4 Kids — Dashiell, Roman, Iggy, and Edith!
by Corinne Sullivan 4 days ago

Tom Hardy
Tom Hardy Is Many Things — Including a Devoted Father of 3!
by Corinne Sullivan 5 days ago