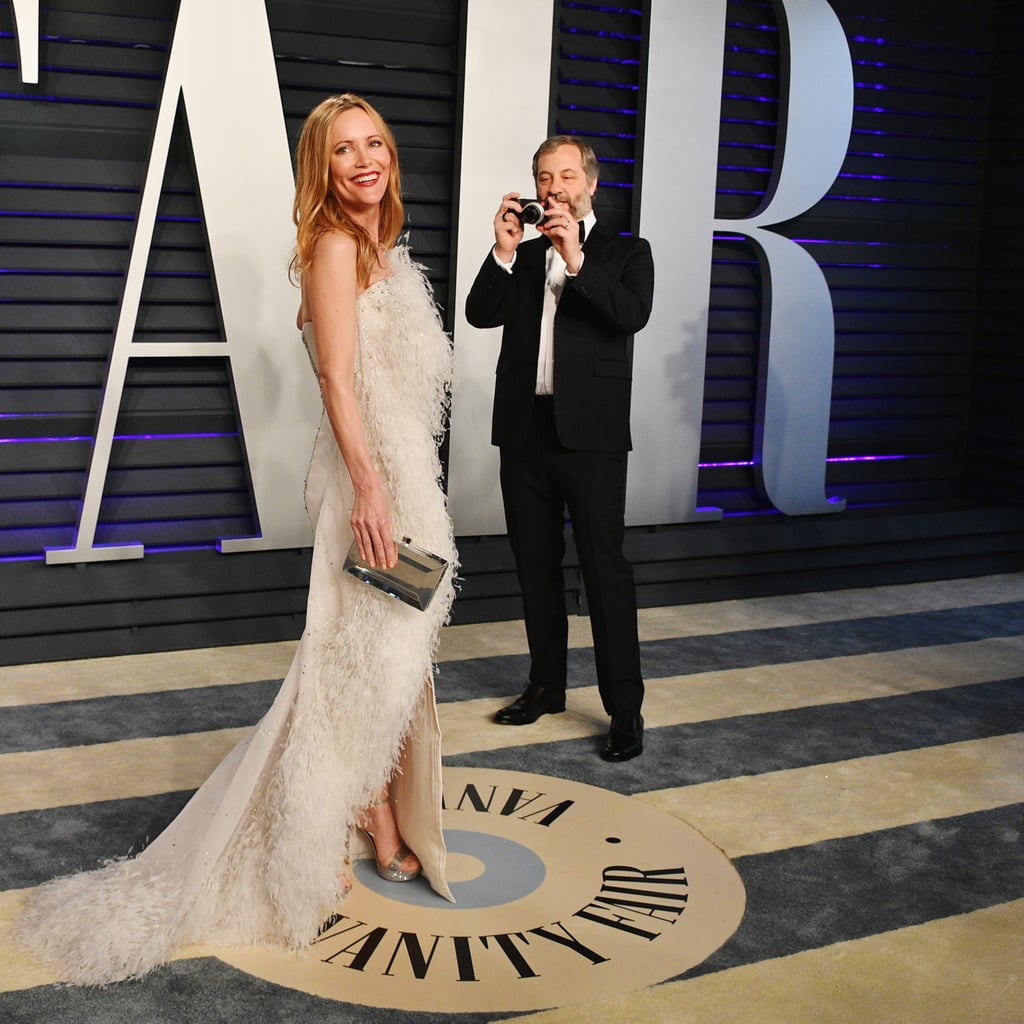 It's no secret that Leslie Mann and Judd Apatow are one of the cutest couples in Hollywood. The pair have collaborated on a number of projects together, including the hit comedies Knocked Up and This Is 40. The couple once again took their adorable antics to the red carpet for the Vanity Fair Oscars party. After striking a pose together, Judd gave Leslie some time to shine for a few solo shots before taking out his own camera and snapping some photos of his amazing wife. We can't blame him, though. With a wife as gorgeous as Leslie, it would be hard to resist documenting her breathtaking looks — the proof is in these pictures!

Award Season
Diversity Wins BAFTA TV Award For Powerful BGT Performance: "This Is What Change Looks Like"
by Tori Crowther 2 weeks ago