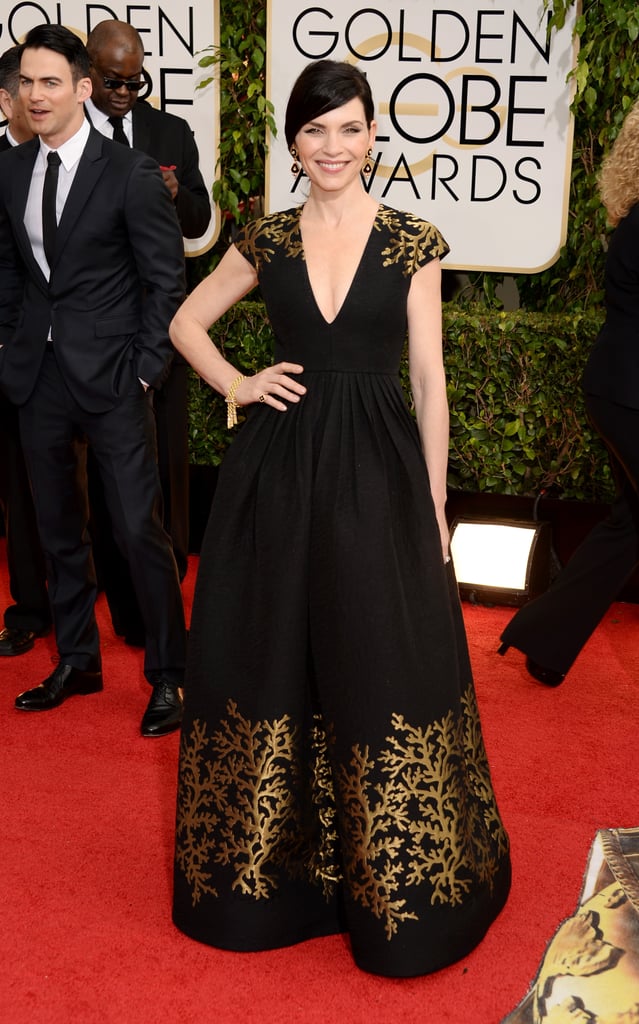 Julianna Margulies embraced her sexy side at the Golden Globes in LA on Sunday night, taking a turn down the red carpet in a stunning black Andrew Gn dress. The actress was nominated for best dramatic television actress for her dynamic portrayal of Alicia Florrick, a ruthless attorney who balances motherhood and her complicated love life on CBS's The Good Wife. While she didn't take home the trophy this year, the role earned Julianna a Golden Globe in the same category in 2010. With the 100th episode milestone behind her, Julianna is back to work on the show's set to continue filming its fifth season, which earned costar Josh Charles a supporting actor nomination as Julianna's former boss and lover.

Is Julia's ensemble Good Wife-worthy? Vote for her look and your other favorites in our Golden Globes fashion and beauty polls!