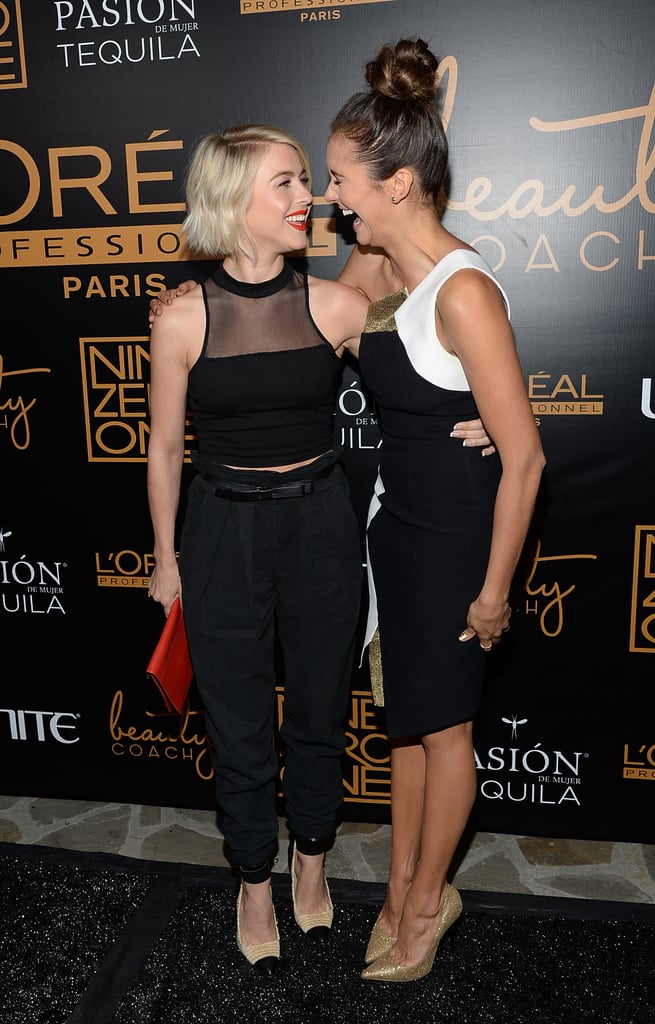 When They Couldn't Stop Laughing Over Their Inside Jokes

If you don't follow Julianne Hough and Nina Dobrev, then you're missing out. Not only are they both super successful in their own right, but they're also the cutest best friends. Whether they're having a glitter party at a Taylor Swift concert or giggling on the red carpet, it's clear to see that these girls know how to have good time. The two were first introduced through a mutual friend, hairstylist Riawna Capri, who told the girls they "had to meet," and they've practically been "connected at the hip" ever since. Nina was even one of Julianne's bridesmaids when she tied the knot with Brooks Laich last year. See all of their cutest snaps below!

Kate Hudson
Kate Hudson's Toddler Showed Off Her Alphabet Knowledge, and I'm Melting at the LMNOP Part
by Alessia Santoro 6 hours ago