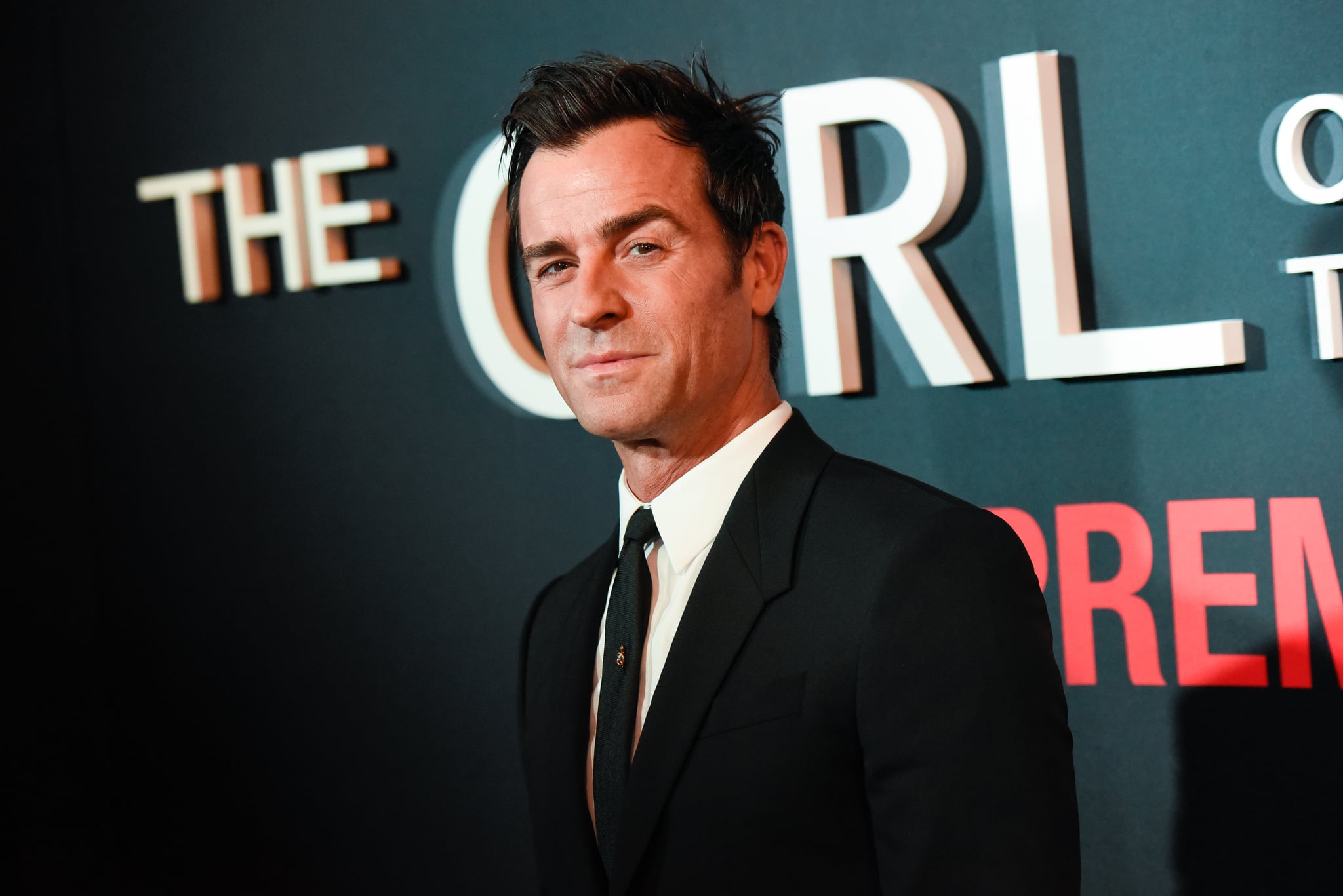 After Angelina Jolie filed for divorce from husband Brad Pitt in September, it didn't take long for Brad's ex-wife, Jennifer Aniston, to get dragged into the drama. Although the Storks actress never spoke out publicly about their split and friends were quick to point out the situation wasn't about her, Jen's husband, Justin Theroux, had his Instagram followers wondering if his latest photo was a subtle shot at Brad. The 45-year-old Leftovers actor shared a snap of graffiti done by Berlin artist Nick Flatt on Saturday, which happens to feature the words "F*ck Brad Pitt" in the background (it's written in pink, on the right). It's definitely an interesting coincidence, but his caption seems to make it clear that calling out Brad was never his objective: "#currentelectionmood #berlin #graffiti #f*ckingnickflatt #andNOthispostisNOT'shading'anyonebecauseimnotelevemyearsoldimeanseriously #okaymaybepickles."

The mural of a woman giving the middle finger is littered with a variety of other similar statements, like "F*ck Facebook," "F*ck Racism," and "F*ck War," so it makes sense that Justin might have simply missed the "F*ck Brad Pitt" line before posting. On top of that, when he was questioned about Angelina and Brad's divorce during his press tour for The Girl on the Train, he appeared to be very sympathetic about their situation. "As a child of divorce, all I can say is that's terrible news for those children," he told Business Insider. "That's all you can really say. It's boring to sort of comment on anything else. People are having a bad time — that's horrible."