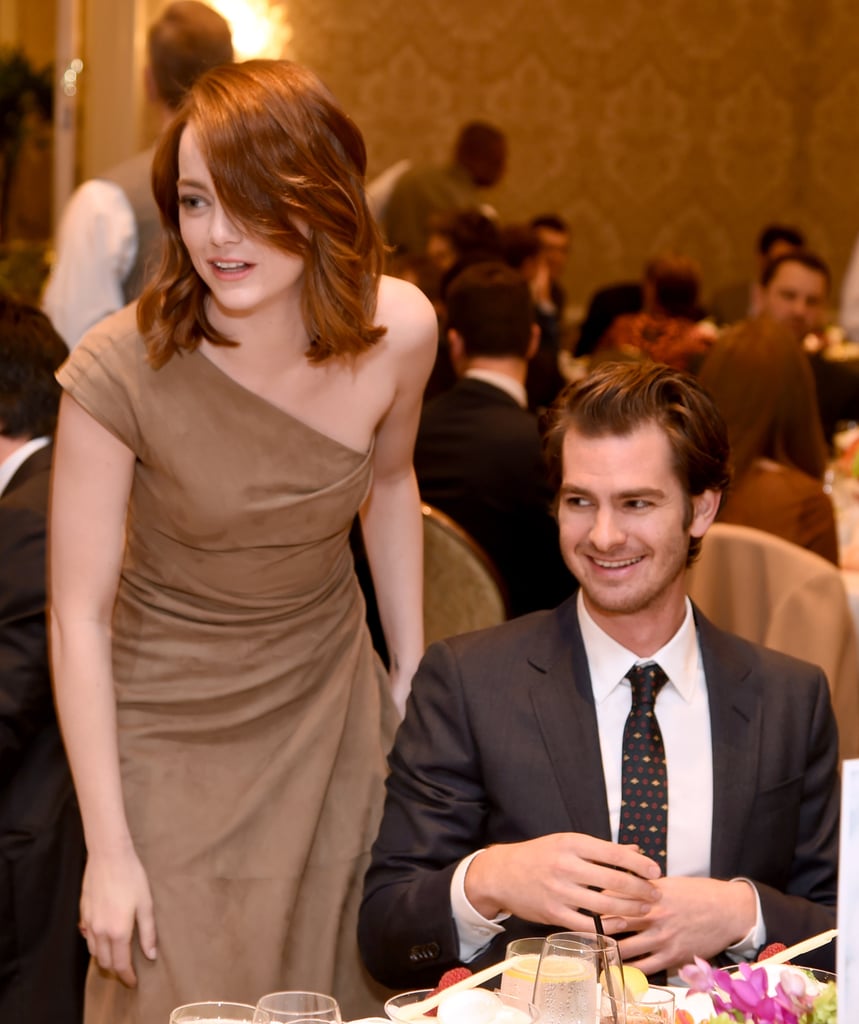 The annual AFI Awards luncheon rolled through LA on Friday, and while we expected Emma Stone and Ryan Gosling to stick together, we didn't see the reunion between exes Emma and Andrew Garfield coming. After posing for pictures on the red carpet with her La La Land costar, Emma made her way inside the venue and approached Andrew at his table. According to Us Weekly, the two chatted for a bit and were very happy to see each other. Andrew introduced her to everyone at his table and Emma was friendly. Once the event was over, Andrew dropped by Emma's table and said goodbye before heading out. He even showed her a bracelet he was wearing and Emma seemed to approve.

Emma and Andrew officially ended their three-year relationship back in October 2015. Following their breakup, sources close to the pair said, "They still have a lot of love for one another and they are on good terms with each another and remain close. It just wasn't working." More recently, both stars attended the Critics' Choice Awards, and Andrew told The Hollywood Reporter that he would want to be stranded with Emma on a deserted island, adding, "I love Emma. She's all right. She can come." While the former couple's reunion could have been awkward, it appeared to be a good night for everyone involved.

Related:
Andrew Garfield on the Time He and Emma Stone Got High and Went to Disneyland: "It Was Heaven"
Previous Next Start Slideshow
Emma StoneRyan GoslingAndrew GarfieldCelebrity CouplesRed CarpetAward SeasonAFI

Adele
Adele Says She's "Obsessed With" Rich Paul: "I've Never Been in Love Like This"
by Joely Chilcott 11 hours ago