Kanye West is no stranger to pushing the boundaries, and the rapper did just that with his "Famous" music video. In June, Kanye hosted a huge premiere for the song's visuals at the Forum in LA, which brought out his family members — including wife Kim Kardashian and her sisters — as well as lots of industry friends. While it was only exclusively available on Tidal at first, the rapper just released the video on YouTube for all to see. Toward the end of the clip, the camera pans out to show Kim and Kanye lying in bed surrounded by a group of fellow celebrities, who are all fully naked. 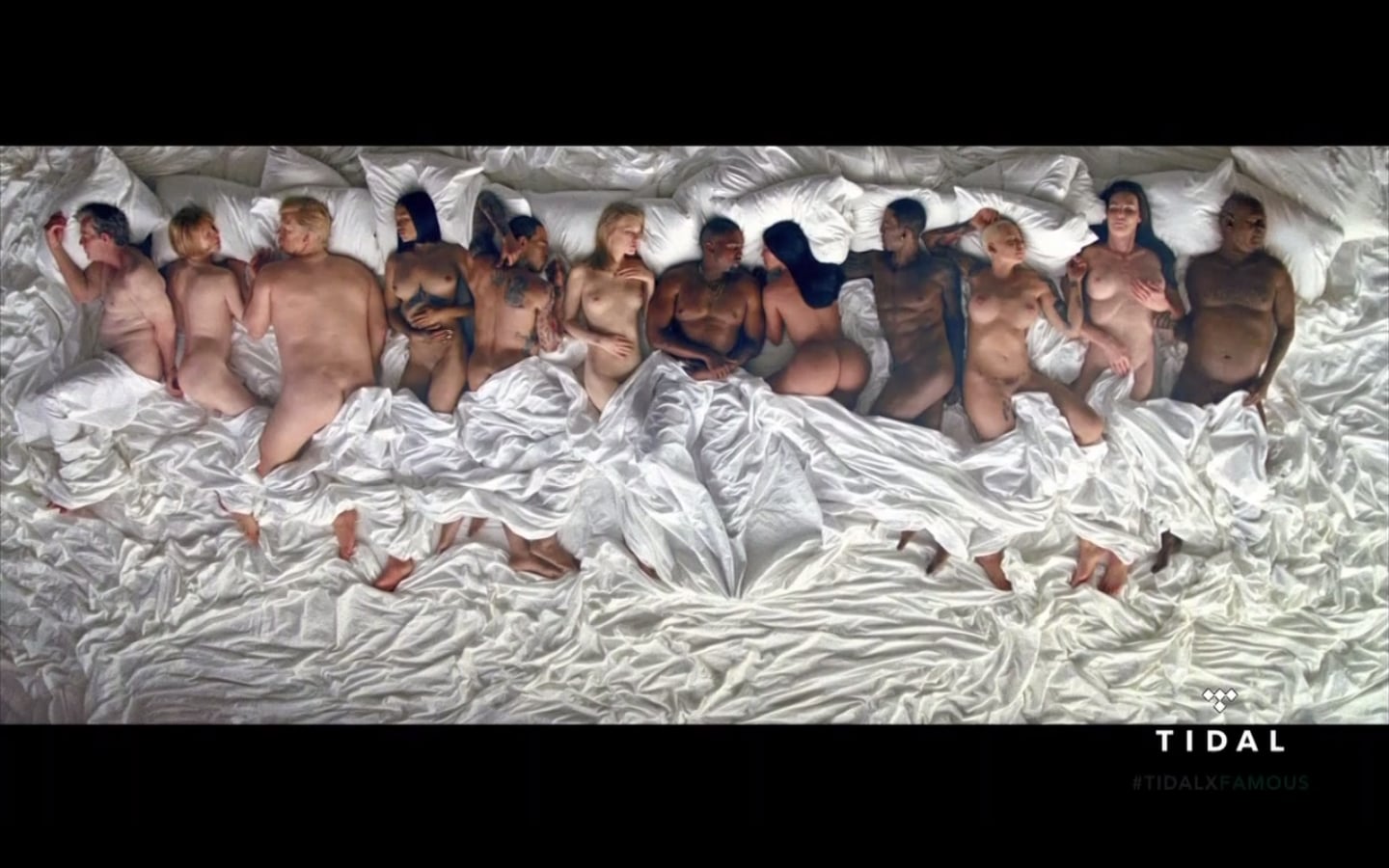 Next to Kanye is a nude Taylor Swift, while Kim's former flame Ray J lies next to her. You also see Kanye's ex Amber Rose as well as Caitlyn Jenner, Anna Wintour, Chris Brown, Rihanna, Bill Cosby, Donald Trump, and George W. Bush. The imagery is insanely jarring at first, so much so that it takes a while for it to sink in that they are likely wax figures — very lifelike, very realistic-looking wax figures, pressurized to simulate breathing. In the credits for the video, Kanye thanked the celebrities he featured "for being famous" and told Vanity Fair that the performance-art-style piece is "a comment on fame." It will be especially interesting to hear what Taylor has to say about the depiction, as she, Kanye, and Kim have been embroiled in a bit of a feud over Taylor's reported involvement with one of the song's now-infamous lyrics.

Celebrity Couples
Like Taylor Swift and Joe Alwyn, These 10 Couples Wrote Hit Songs Together
by Hedy Phillips 5 days ago