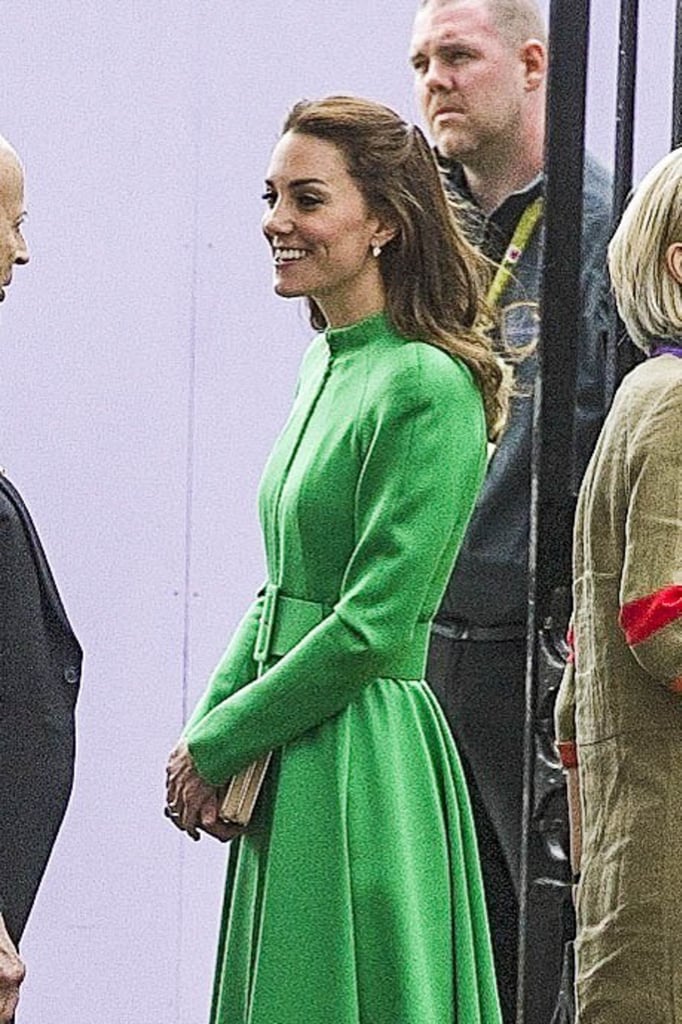 Kate Middleton is on a roll! Just days after her sailing lesson in London, the Duchess attended the Chelsea Flower Show in England with Prince William, brother-in-law Prince Harry, and Queen Elizabeth II on Monday. It was the first time that William and Kate — who was clad in a bright kelly-green coat dress from Catherine Walker — had visited the event, which has been running since 1913. However, Harry has been involved in previous years, as his Sentebale charity often designs a garden. Next month, the family is scheduled to attend the Trooping the Colour parade, where Prince George made his debut last year.

Red Carpet
Meghan Markle Returns to the Red Carpet in an Off-Shoulder, High-Slit Dress
by Yerin Kim 8 hours ago