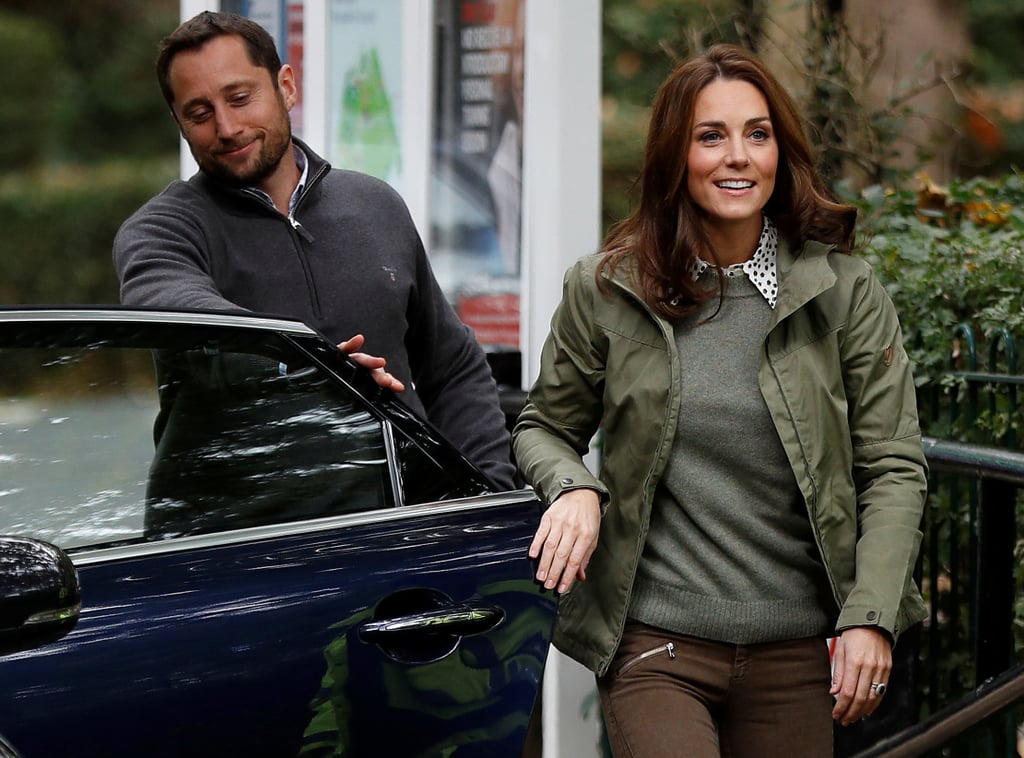 Royals, they're just like us! Just a few days after Meghan Markle caused headlines for closing her own car door (yes, really), Kate Middleton followed suit when she returned from maternity leave on Tuesday. As the Duchess of Cambridge stepped out of her car to greet teachers at Sayers Croft Forest School and Wildlife Garden, she was spotted reaching to close her door. While the driver appeared to finish closing it, it was enough to raise a few eyebrows.

Contrary to popular belief, the gesture isn't actually against royal protocol, but more so a royal expectation due to security reasons. Of course, this isn't the first time Kate has gone against tradition. As one Twitter user pointed out, the duchess has closed her own car door on more than one occasion. See more photos of the moment ahead!