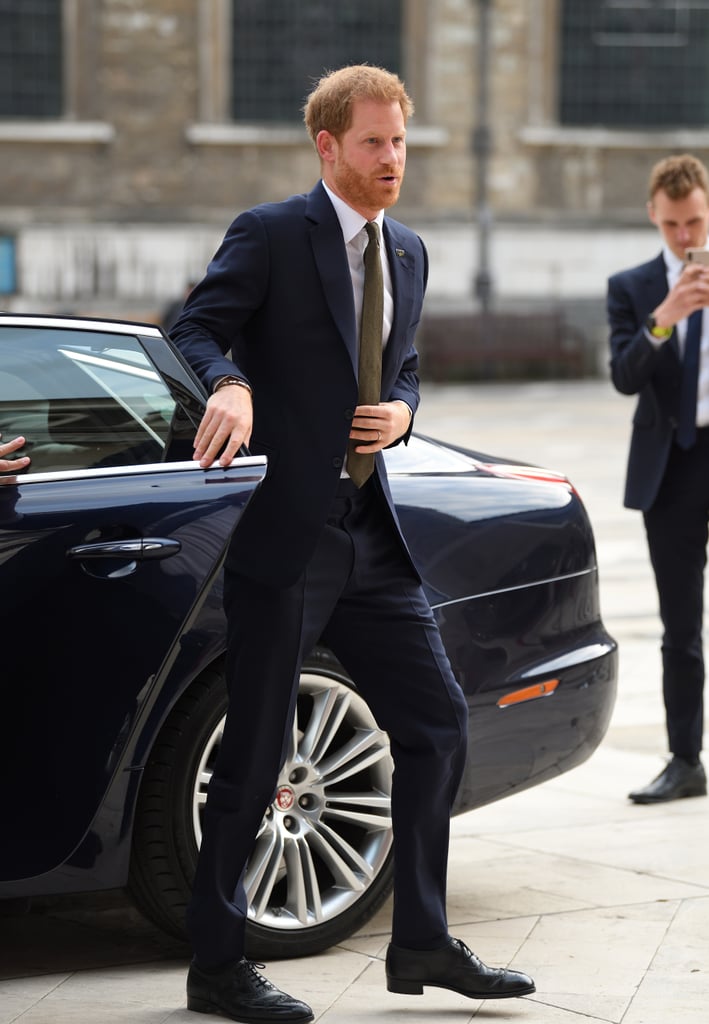 Unpopular option: opening and closing your own car door is not that big of a deal. But apparently it is, since Meghan Markle's bold move at her first solo royal engagement in 2018 became the car door heard round the world. Whether the royals are more afraid of breaking tradition or breaking a nail is unclear, but when sister-in-law Kate Middleton was spotted just a few days later breaking royal car door protocol once again, the plot thickened. We know that the Duchess of Sussex can no longer sign autographs, take selfies, or participate in social media, but does royal decorum really prohibit the royal family from handling their own car doors?

According to etiquette expert William Hanson, closing their own car doors did not constitute a breach of royal protocol. As Hanson told Radio 1 Newsbeat, "Usually, if you are a member of the royal family or a dignitary, you have a member of staff to open and close a car door for you." Rather than a matter of "airs and graces," this expectation is instead in place for security reasons. OK, we can see why security personnel may want to handle the opening of car doors, but is there really any safety involved in closing your own door?

Related:
Where Do the Royals Reside? This Handy Guide Will Tell You Who Lives in Which Palace

Despite the unusual stir caused by the Duchess of Sussex's door closing (which, to be fair, was probably more instinct than political statement, as she has only been a royal for all of four months now), royal commentator Victoria Murphy pointed out that the Duchess of Cambridge has been closing her own car door for years. Kate closed her own door after arriving at the Action on Addiction Community Treatment Centre in February, as well as during a formal appearance with Prince William. Kate even closed her door while carrying Princess Charlotte before a Christmas service in 2016 — and so did William! Most recently, Prince Harry was photographed closing his own car door while arriving at the 5th anniversary reception of the Invictus Games.

Having your car door closed by a driver may be a royal expectation, but it is certainly not a rule (and almost definitely not necessary). Check out the gallery if you want to see some duchesses (and even — gasp! — the queen herself) handling their own car doors, and looking dignified as ever while doing it.