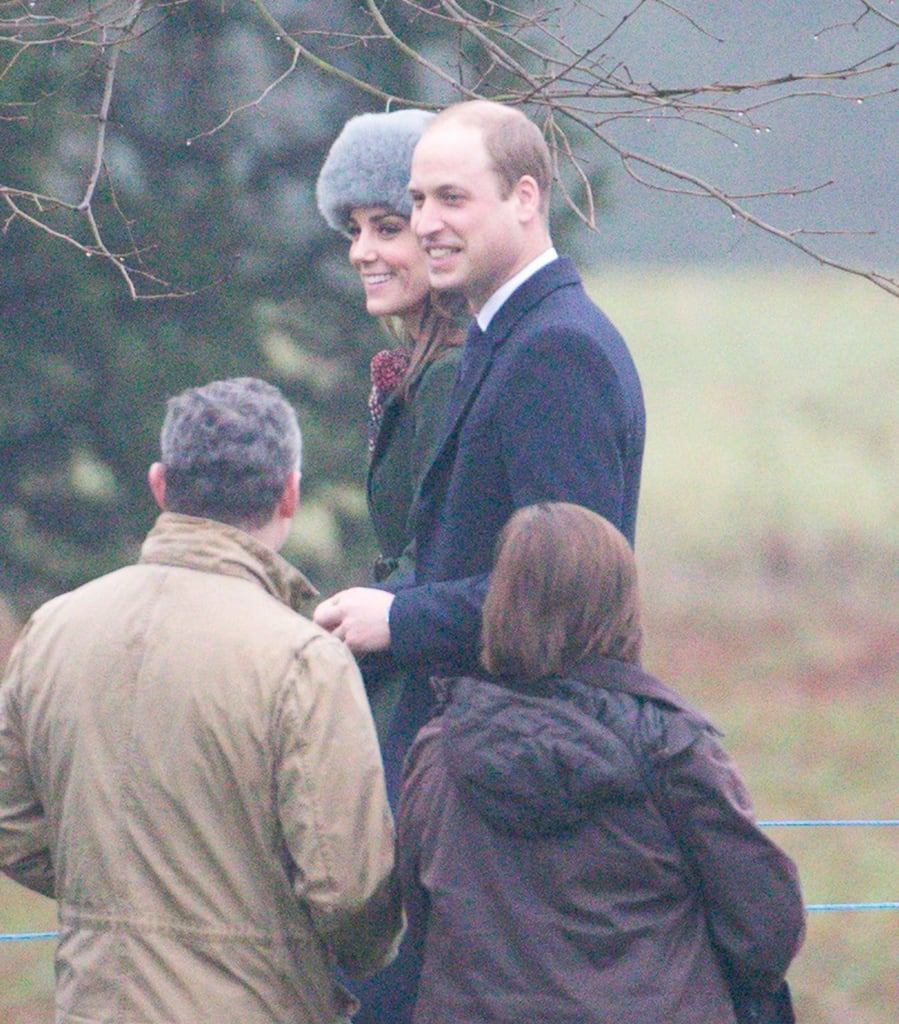 Kate Middleton and Prince William appeared to be in good spirits when they stepped out for morning church service at St. Mary Magdalene in England on Sunday. The couple bundled up for the cold weather and were joined by Prince Philip and Queen Elizabeth II, whose health concerns have been at the center of news recently. Noticeably missing, though, was Prince Harry, who is currently enjoying a romantic vacation in Norway with girlfriend Meghan Markle. The couple reportedly set two nights aside to see the Northern Lights and went on fun excursions, including whale watching and husky sledding. Now that Meghan and Harry have finally been photographed together, hopefully they'll make their official debut as a couple soon.

Related:
What Do the Royals Have in Store For 2017?
Previous Next Start Slideshow
The RoyalsKate MiddletonPrince William
Around The Web

Meghan Markle
We Only Caught a Glimpse of Meghan Markle's $30 Maternity Dress, but It's So Worth It
by Karenna Meredith 15 hours ago

Meghan Markle
Fans Are in Love With Meghan Markle's Sustainable Sapphire Ring, and We Can See Why
by Nikita Charuza 3 days ago