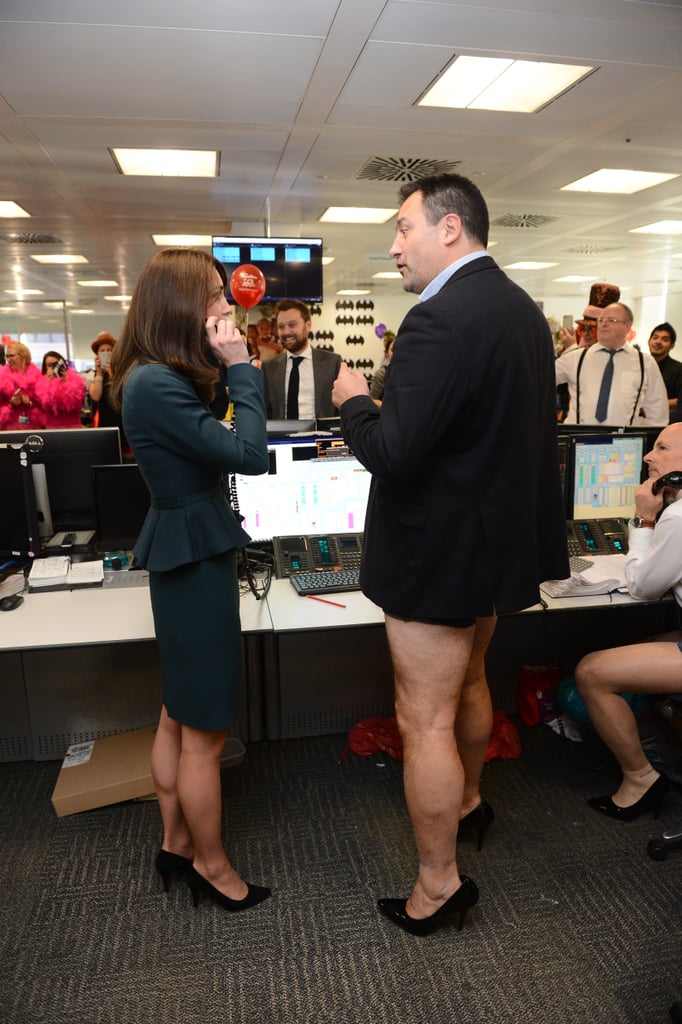 Just one day after Kate Middleton stepped out looking like a princess at an event at Buckingham Palace on Tuesday, the Duchess of Cambridge joined SamCam for a charity fundraiser on the trading floor in London. The event, which the employees wear costumes for, sees the global brokerage firm donate a day's revenue and commissions to charity. In addition to laughing harder than we've ever seen her laugh, Kate answered phones, chatted with employees, and played ping-pong. But the most hilarious moment of the day was when she came face to face with a pantless man in heels.

The funny outing is just one of many during a busy month leading up to the holidays. Prince William recently opened up about the family of four's plans for Christmas, saying that he can't wait to see Prince George "tackle his presents." Keep reading to see more of Kate and Will's day, and then check out 12 British royal Christmas traditions that may surprise you.