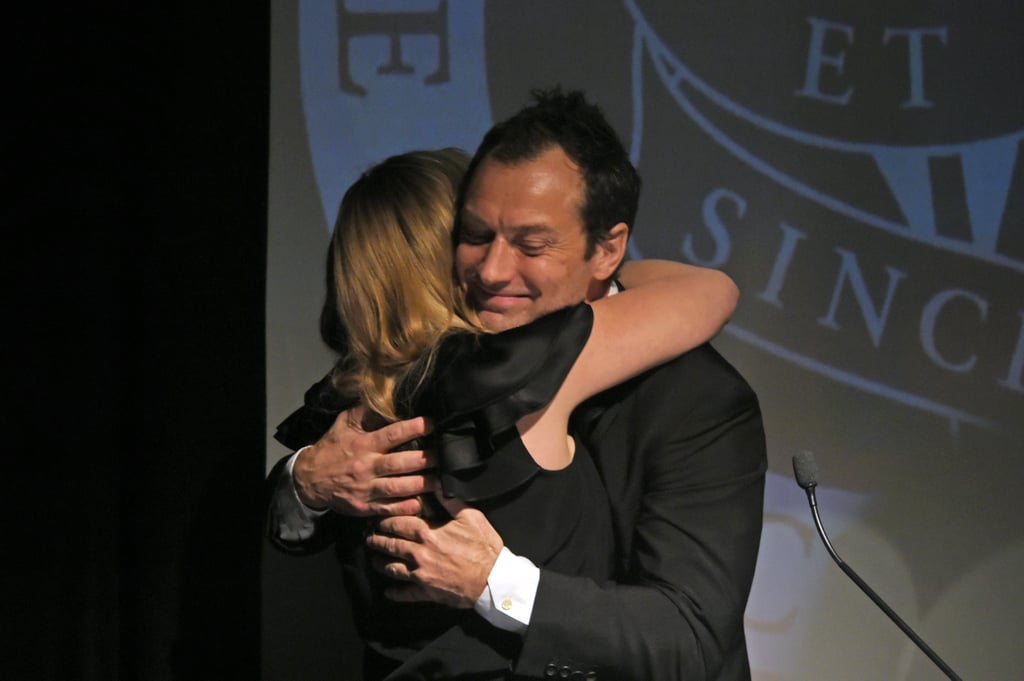 Kate Winslet was the lucky recipient of The Dilys Powell Award for Excellence in Film at the London Film Critics' Circle Awards on Sunday night, and she was presented with the trophy by an old friend. Jude Law, who played Kate's brother in The Holiday, was on hand to do the honors, giving Kate a big hug as he did. The BBC reports that Kate, who has worked with both Harvey Weinstein and Woody Allen, used her speech to speak honestly and openly about the sexual abuse allegations that have shaken the entertainment industry. "As women around the world and from all walks of life marched last weekend . . . I realized that I wouldn't be able to stand here this evening and keep to myself some bitter regrets that I have about poor decisions to work with individuals with whom I wish I had not." Following her emotional speech, she posed for photos with her friend and former costar, who is no stranger to award season himself. Take a look at their reunion ahead.