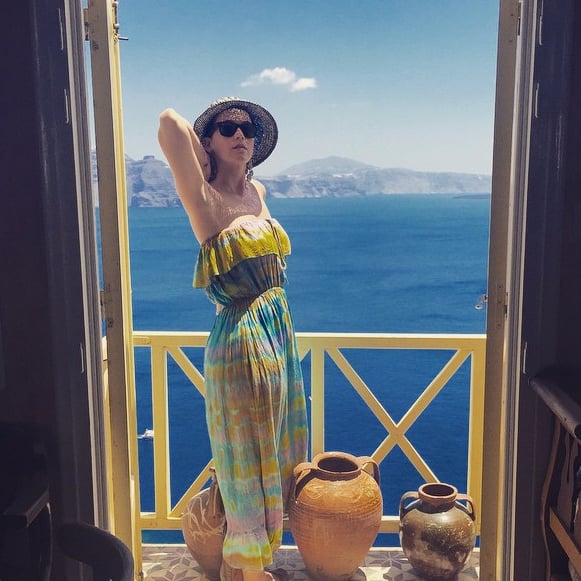 Katy Perry's Greek Vacation Is Literally What Dreams Are Made Of

Katy Perry has been soaking up the sunshine on the Greek islands all week, and she's making sure to share the best highlights from her gorgeous trip on Instagram. Katy, who is on hiatus from her Prismatic world tour, is relaxing in the Mediterranean with her family, including her older sister, Angela Hudson, and her baby niece. Katy posted a slew of picturesque shots on social media, including one of her striking a pose on a balcony overlooking the water. She also shared a video of what appeared to be the singer traveling back toward a massive yacht in the ocean, with the caption, "home sweet home."

Katy, who has been in the news recently due to Taylor Swift's "Bad Blood" music video, doesn't seem to be bothered with any of the drama. While the pair's feud goes way back, Katy has kept quiet over Taylor's hit song that is reportedly about their falling out. She did recently make a short cameo in Madonna's music video for "B*tch I'm Madonna," but no shade seemed to be thrown. So while you wait for Katy's highly anticipated next move, keep reading to be transported on her dreamy vacation. And if that isn't enough to satisfy your Katy fix, watch her epic Super Bowl halftime show again.