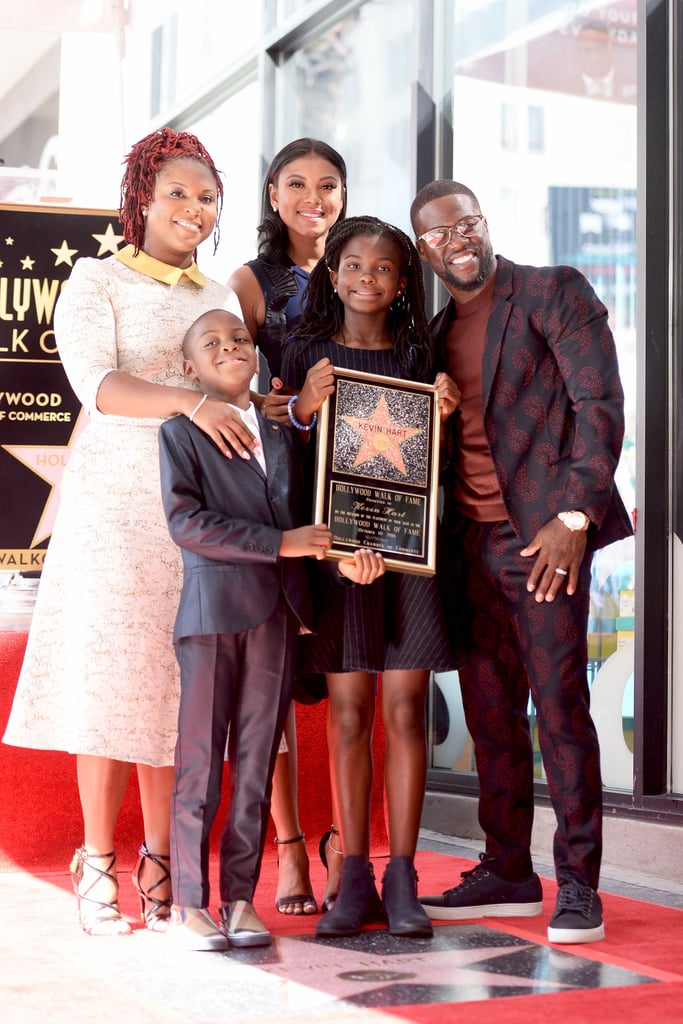 Kevin Hart had the support of his beautiful, blended family at his Hollywood Walk of Fame ceremony in LA on Monday afternoon. The Jumanji actor, who was honored with the 2,591st star on the Walk of Fame in the category of live performance, posed for photos with his wife Eniko Parrish, his ex-wife Torrei Hart, and their two kids, daughter Heaven and son Hendrix Hart. Also in attendance was Halle Berry, who appears in his upcoming What Now? documentary.

In addition to promoting his KevMoji app, Kevin has also been busy filming his latest movie, Jumanji, with pal Dwayne Johnson. Not only has it yielded a surge of hilarious moments between the two stars, but Dwayne and Kevin have also developed quite the bromance. Over the weekend, Dwayne shared an Instagram video of him and Kevin shooting a scene that called for Kevin to be harnessed to his back, and the results were pure gold.