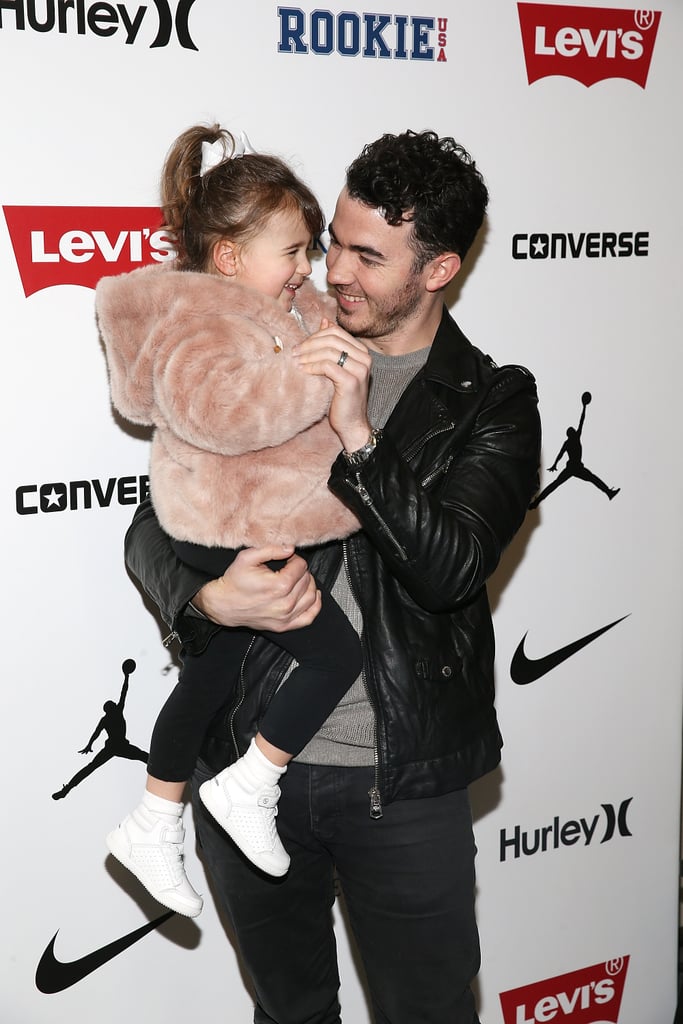 Kevin Jonas's little girls are his biggest cheerleaders. Now that the Jonas Brothers are back together again, the father of two is getting to share his music with his daughters, Alena, 5, and Valentina, 2. While Kevin and his wife, Danielle, have posted a number of cute videos of their little girls singing along to his songs, it's clear that their oldest, Alena, is already a huge Jo Bros fan. From fangirling over the group's concert to proudly introducing her dad as a Jonas Brother, Alena is basically Kevin's No. 1 fan. See her cutest fan moments ahead.

Baby Names
Shawn Johnson *Finally* Shared Her Baby Boy's Name, and It's a Trendy One!
by Alessia Santoro 16 hours ago

Ciara
Nothing Says "Sun's Out, Buns Out" Quite Like Ciara's Cheeky One-Piece
by Victoria Messina 20 hours ago

Kanye West
Kanye West's Donda Album and My College Experience Have 1 Thing in Common: A Dorm Room
by Grayson Gilcrease 2 days ago