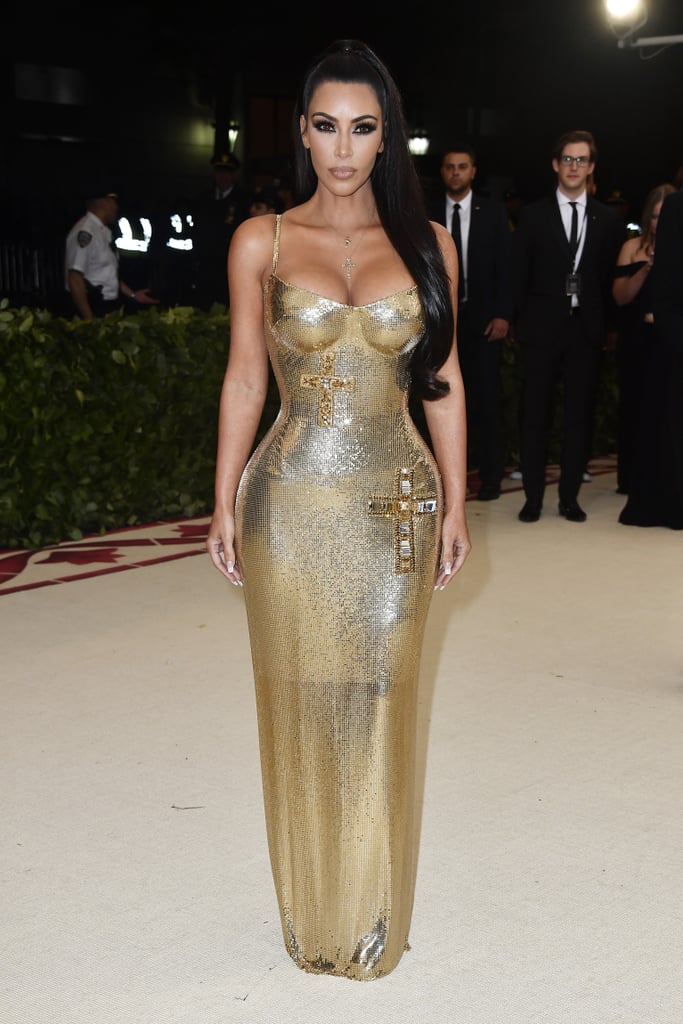 Kim Kardashian flipped the Met Gala on its head when she showed up wearing a sexy metallic number on Monday night. The mom of three teased her outfit before hitting the red carpet; the gold gown featured giant cross symbols — fitting for the event's theme, "Heavenly Bodies: Fashion and the Catholic Imagination."

Her husband, Kanye West, a noted designer in his own right, decided to skip the event altogether for the second year in a row. It was reported that the rapper has been in Wyoming putting the finishing touches on his upcoming album.

Kim's latest outing marks her first red carpet appearance following Kanye's string of controversial tweets. He was even spoofed in a recent SNL skit for his outlandish rants, which the rapper later laughed off. But on Monday, all eyes were on Kim for her provocative attire. Scroll through to see how she interpreted fashion's biggest event.