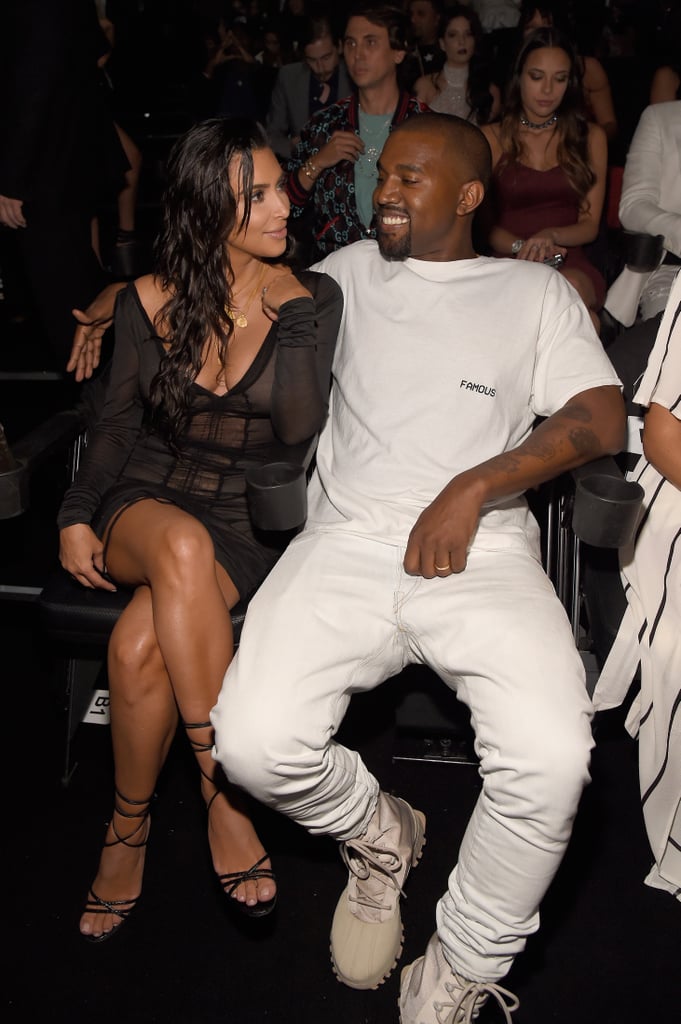 Kim Kardashian and Kanye West drew stares when they arrived at the MTV VMAs at Madison Square Garden on Sunday. Kim, who introduced Britney Spears to the stage, opted for a black figure-hugging dress, while Kanye kept things casual in a white tee and jeans. It was big night for Kanye, who not only debuted his "Fade" music video, featuring model Teyana Taylor, but was also allotted four minutes to basically do whatever he wanted on stage. Kanye took the opportunity to give a poignant speech about the nation's ongoing social and political issues and gave some notable celebrities a few shout-outs. In 2015, Kanye announced he was running for president in 2020, but based on the Internet reactions he received, he definitely topped himself this year.