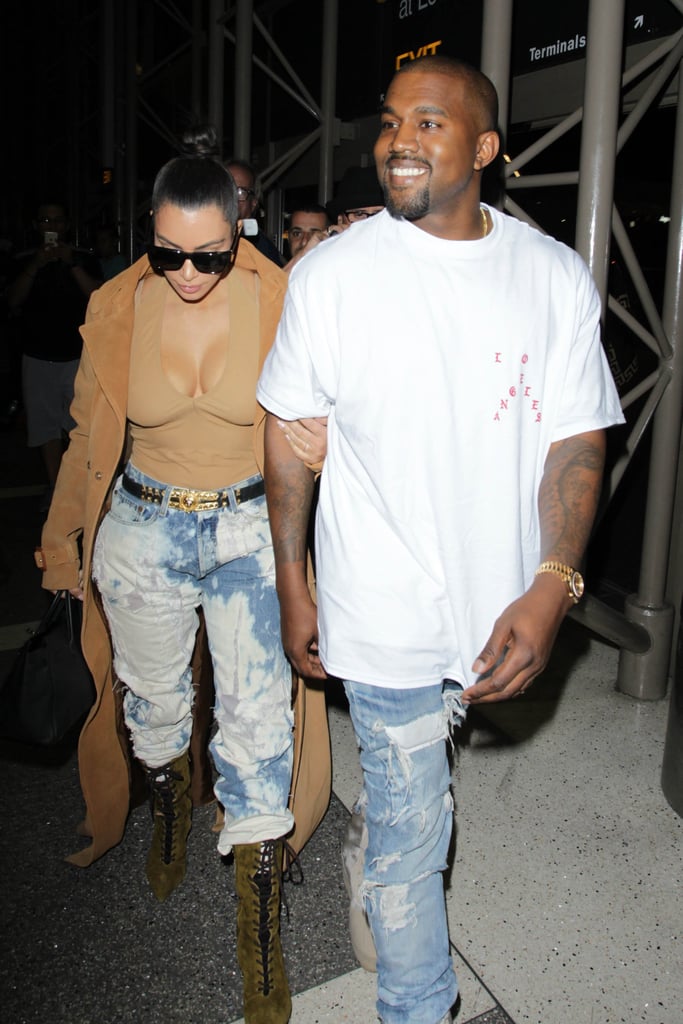 Kanye West sported a massive grin when he stepped out with his wife, Kim Kardashian, to catch a flight out of LAX on Thursday. The "Famous" rapper looked like he didn't have a care in the world as he led Kim around the airport. The outing comes on the heels of Kanye's head-scratching appearance on The Ellen DeGeneres Show this week. In addition to going on a nearly eight-minute rant about changing the world, he also played a hilarious 5 Second Rule game, where he revealed that he only likes to smile when people aren't looking. To see more of Kanye breaking his own rule, keep scrolling!

Kiernan Shipka
Kiernan Shipka's Boyfriend Has a Famous Family, as Does Her Ex
by Corinne Sullivan 13 hours ago