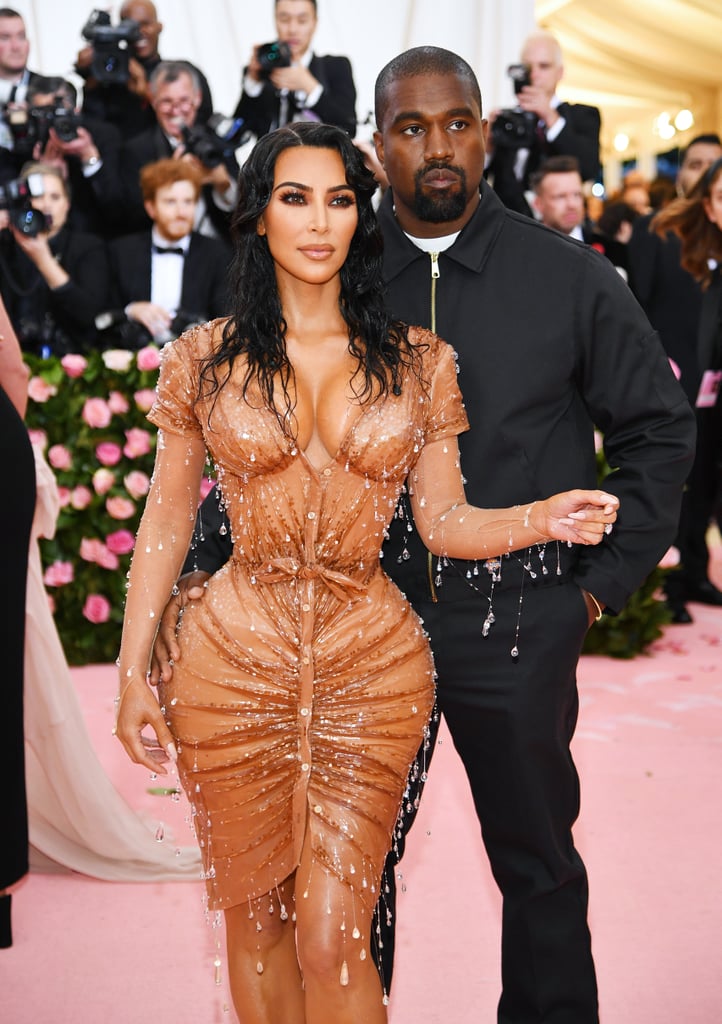 Kim Kardashian and Kanye West certainly aren't shy when it comes to walking the red carpet together, and they even have a signature pose. Depending on how you look at it, it's either really sweet or kind of creepy; Kanye stands behind and slightly to the side of Kim — seemingly so he can let the photographers focus on her famous curves — while checking her out in the process. He'll alternate between looking at the camera and looking down at Kim's legs (or her cleavage), and has even been known to whisper in her ear, help adjust her dress, or fix her hair.

They most recently hit their couple's pose at the Met Gala, but we've seen it from them at various other events, from the MTV VMAs to Paris Fashion Week. Keep reading to see all the times Kanye literally had Kim's back on the red carpet, then see more times he only had eyes for his wife out in public.