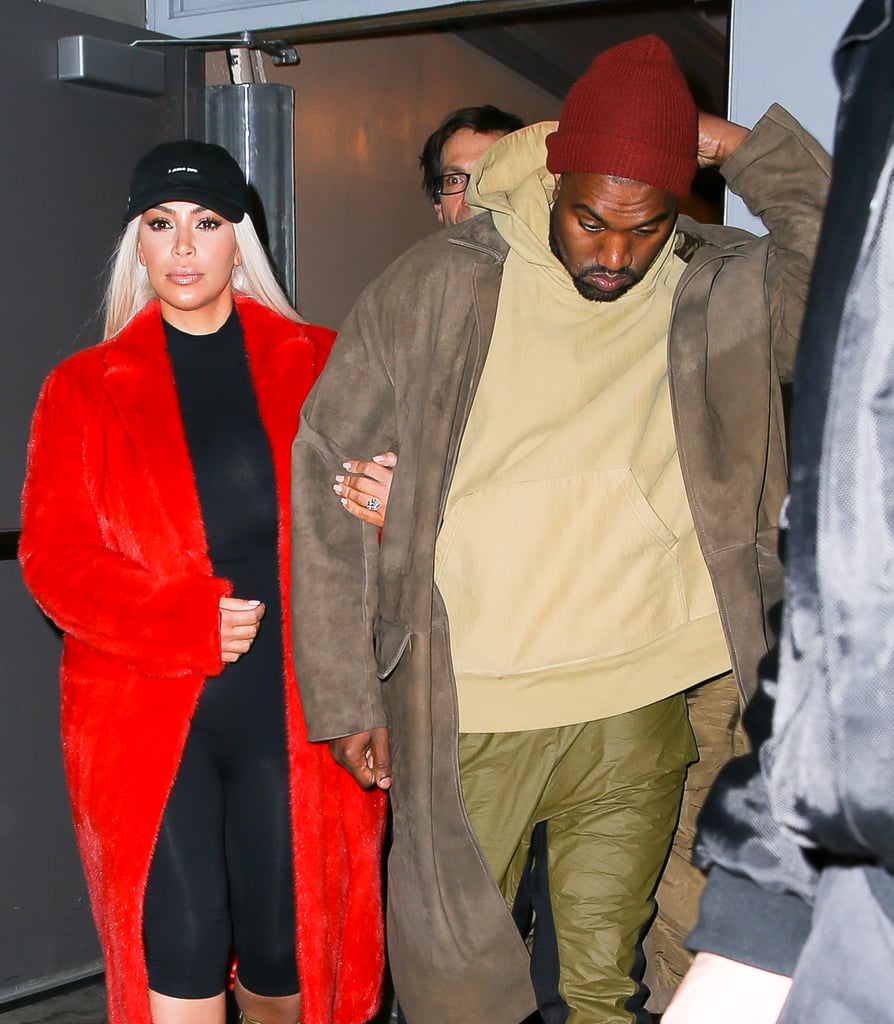 Kim Kardashian and Kanye West took a break from their parental duties and stepped out for a cute Broadway date night in NYC on Friday night. The pair, who recently welcomed their second child together, linked arms as they made their way inside the Richard Rodgers Theatre to check out Hamilton, the musical. It's been an action-packed week for both Kim and Kanye, who held his Yeezy season three presentation and album-listening party as part of New York Fashion Week on Thursday. The Kardashian-Jenner clan appeared at the event, as did Khloé Kardashian's estranged husband, Lamar Odom, who made his first public outing there since he was hospitalized back in October.

During the show, Kanye West found himself in hot water yet again when he debuted a song that contained some offensive lyrics about Taylor Swift. He later took to Twitter and published a series of tweets explaining himself, saying that Kim gave him the OK to write the lyrics and that the lyrics were all Taylor's idea. While Taylor has yet to respond, she is scheduled to take the stage at Monday night's Grammys. Keep reading to see more photos from Kim and Kanye's night out, and then see how other stars are already celebrating Valentine's Day.