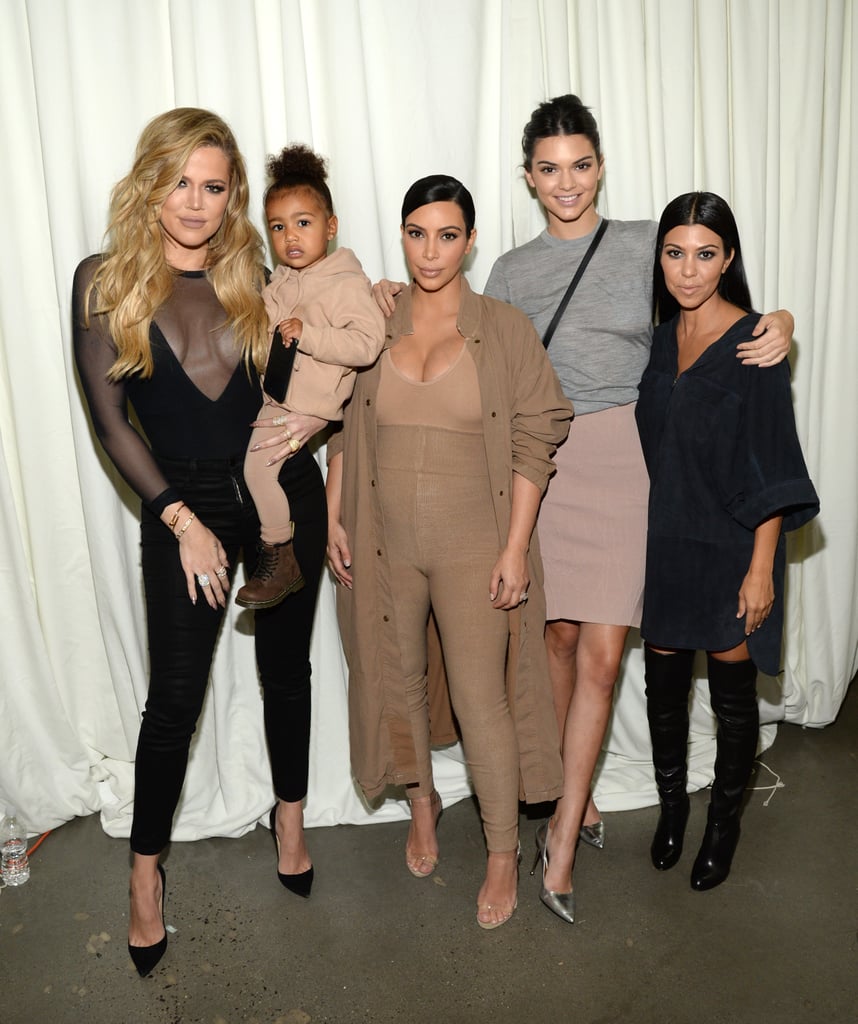 Kanye West had the support of family and famous friends at his runway show during New York Fashion Week on Wednesday. The rapper debuted season two of his label, Yeezy, and while the catwalk featured Kylie Jenner and Bella Hadid, the front row was filled with high-profile pals like Drake, Lorde, Jaden Smith, and Michael Strahan. Kanye's most notable guest may have been his 2-year-old daughter, North, who was her usual well-dressed self while wearing a beige hoodie and leggings from her dad's line. The toddler sat front row next to Anna Wintour and Seth Meyers and posed for photos backstage with her mom, Kim Kardashian, and aunts Khloé, Kourtney, and Kendall. Kim later shared a fun snap of North being silly with a camera, writing, "Our own personal backstage photog." The whole crew has been hanging in the Big Apple all week while taking in the Spring 2016 collections. Keep reading to see all the photos of North's day at NYFW.

Post Malone
Post Malone Isn't Sure If His Daughter Likes His Music Yet: "I Got to Let Her Decide"
by Sabienna Bowman 15 hours ago