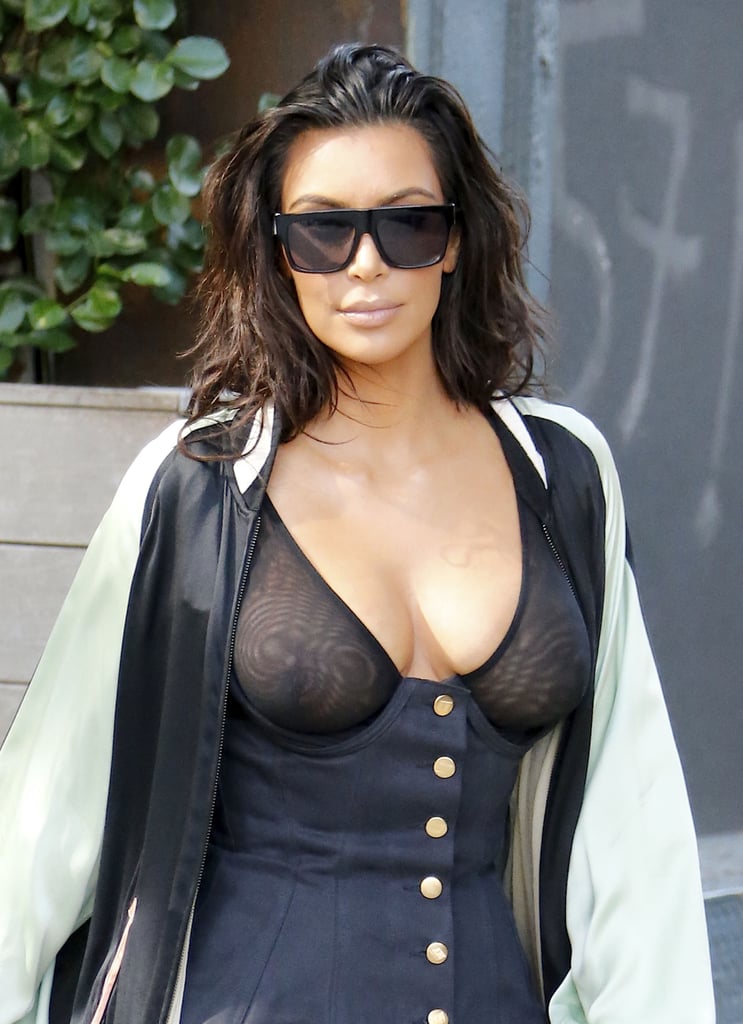 Not long after hitting the streets of NYC in a cleavage-baring top with husband Kanye West, Kim Kardashian topped herself by strutting her stuff in a completely sheer top. The Keeping Up With the Kardashians star gave a sly smirk to cameras as she was photographed leaving a building in Tribeca on Tuesday while sporting the see-through bra, which she paired with a pair of skintight biker shorts and fuzzy slides. Kim and Kanye, along with their two kids North and Saint, have been in the Big Apple since early this week; Kim and Kanye left the kids at home for a night out at the MTV VMAs, where they seemed to have a blast while taking in the performances. Kim also took the stage to introduce Britney Spears's epic performance, while Kanye had his own moment, giving a lengthy speech and debuting the music video for his new single, "Fade." The couple also partied with Beyoncé, Jay Z, Alicia Keys, and Swizz Beatz after the big event.

Related:
Previous Next Start Slideshow
Kim Kardashian
Around The Web