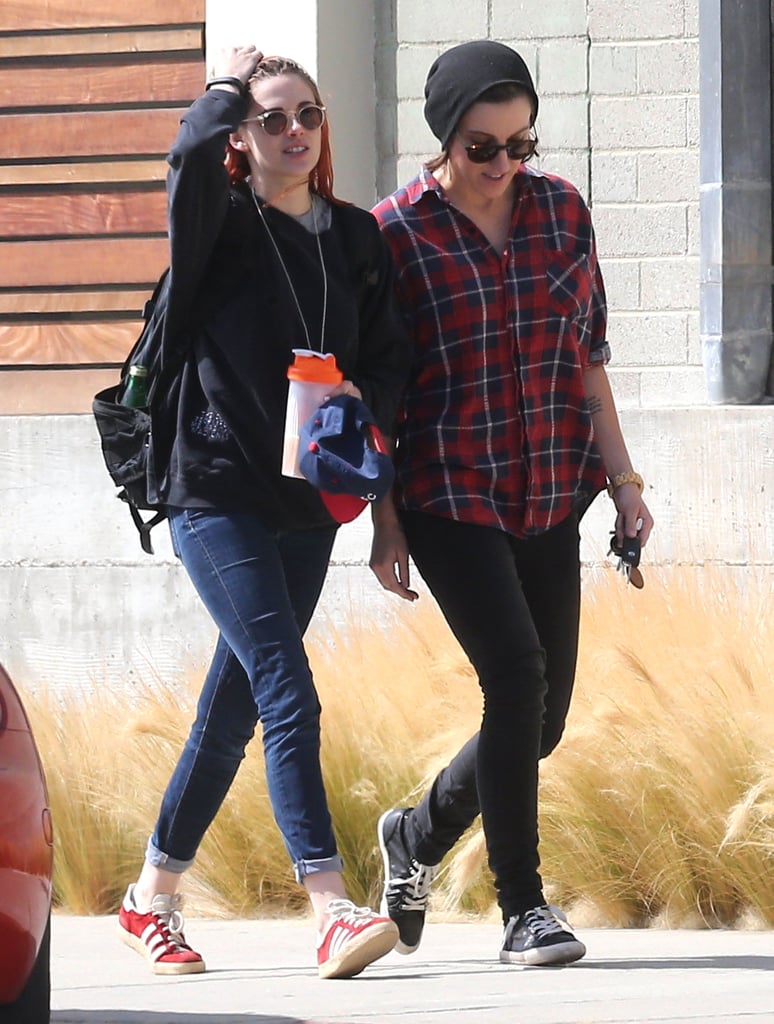 Kristen Stewart just got back to LA after premiering her new film, Clouds of Sils Maria, at the Cannes Film Festival on Friday, but she's already jetting off again. On Tuesday, she was spotted out with her friend Alicia Cargile before hopping in a car to LAX. It's been a big week for Kristen already, with her directorial debut for Sage + The Saints' "Take Me to the South" music video premiering on the same day. This comes after a busy few months, in which she filmed American Ultra in New Orleans in April, attended the Met Gala in NYC at the beginning of May, and appeared at the Cannes Film Festival last week before stopping back in LA and immediately leaving home again.

Kristen admitted to The Wall Street Journal that before this year, she purposely kept herself not busy. In fact, when she wasn't offered anything that she liked, she didn't work for two years. And though she's happy with Camp X-Ray, which premiered at the Sundance Film Festival in January, and Clouds of Sils Maria's good early reviews, Kristen is also ready to get behind the camera more after getting a taste for it with the Sage + The Saints video. "I want to start directing," she revealed. "It's still way down the line but I'm going to start dinking around and making shorts. You learn by making mistakes but that's definitely what I want to focus on next."