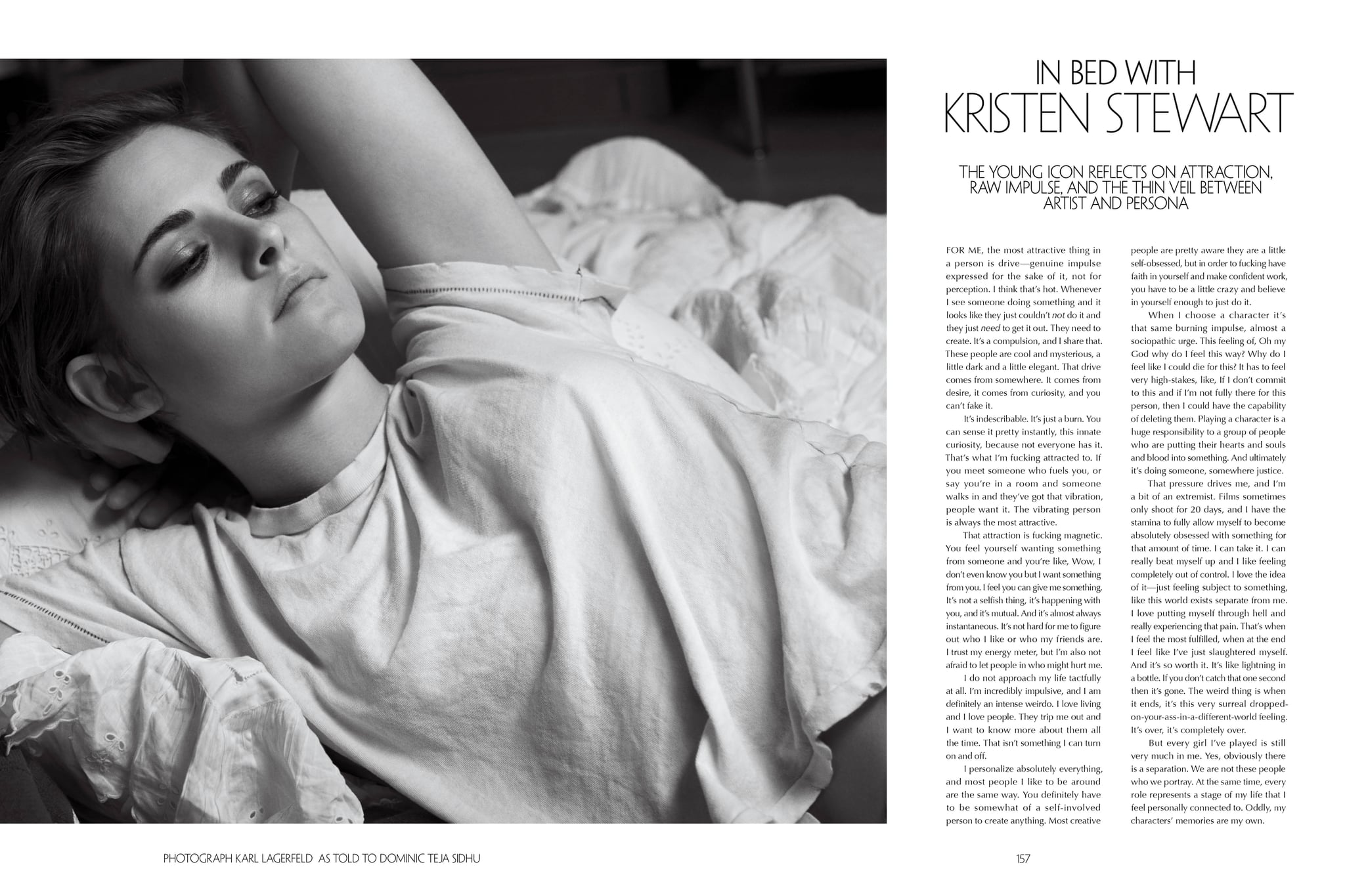 Kristen Stewart reflected thoughtfully about her personal life and career in the latest issue of CR Fashion Book, sharing her attractions, raw impulses, and what makes an artist. In the issue, Kristen is seen wearing a simple white shirt while posing nonchalantly in a classic black-and-white photo shot by Karl Lagerfeld. She talked about what she finds irresistible in a person, citing "drive and genuine impulse" as the main attraction, and revealed why she takes the characters she plays to the extreme. The outspoken actress, who is known for not holding back, spoke about her own self-involved persona as an artist. Earlier last month, Kristen left her own artistic mark in the film world when she was the first American woman to win best supporting actress for her performance in Clouds of Sils Maria at the César Awards in France — watch her deliver parts of her acceptance speech in French! Scroll through to read Kristen's latest candid quotes.